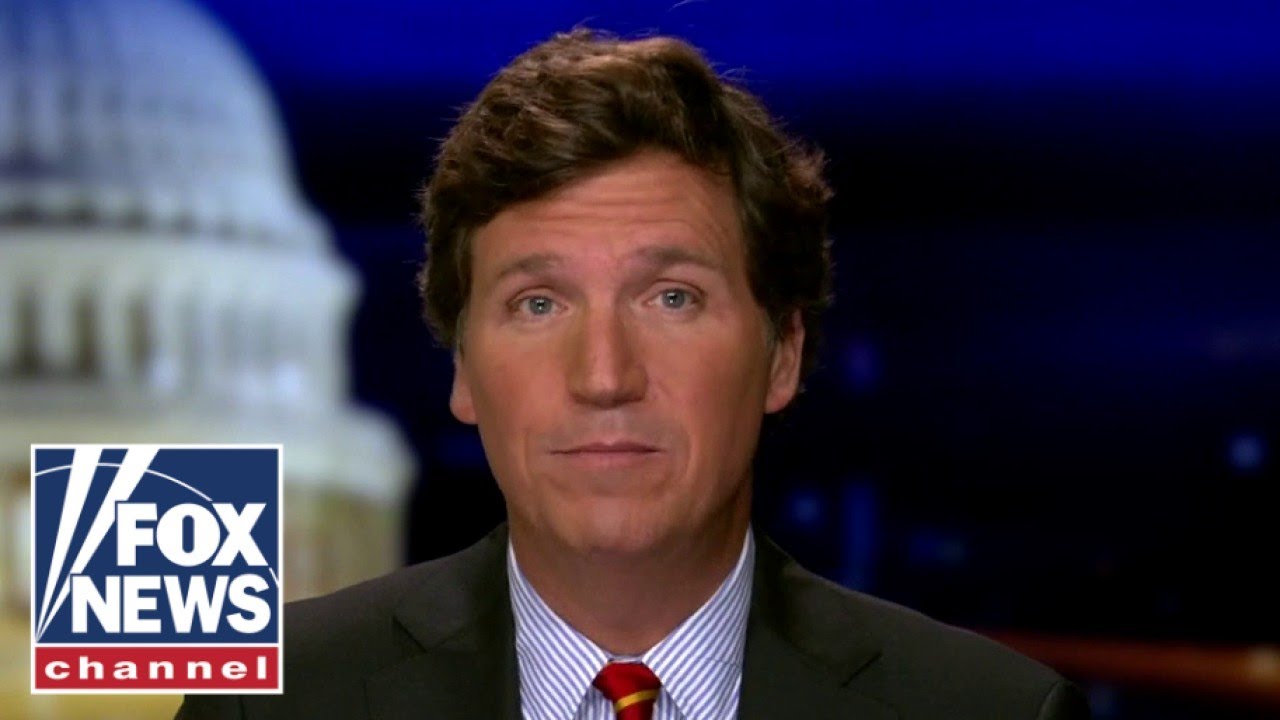 Recently I was provided a link to Bit Chute. A link that directed me to a disturbing video which laid out a chronological, detailed history of both Tucker Carlson’s family background and career biography. A history and resume riddled with numerous, purported connections via a host of historical and contemporary figures and their ties to various corporate media outlets and federal agencies. We’re already well acquainted with this duplicitous corporate media complex gnawing away at the fabric of our Republic like an infestation of diseased vermin and their incestuous relationship to a corrupt political establishment who, in recent years, have brazenly weaponized virtually every federal agency against the citizenry of the United States they were supposedly created to protect. A weaponizing overseen by this corrupt political establishment of ruling class elites that for some baffling reason we keep “electing” to represent us.

Having only watched this video in its entirety a few minutes before sitting down to pen this article, I’m still digesting its contents and mulling over the ramifications of its potential consequences if true. I say this with a heavy heart because, on the one hand I genuinely like Tucker, but on the other, I’m tired of people who I thought in the beginning were authentic and honest in the public image and conservative values they presented and espoused, only to be exposed later as frauds. Just as much as I’m tired of always seeing patriotism on sale with some prominent conservative plugging their latest book as the cure to our nation’s woes, yet after years and a veritable hit parade of New York Times and Amazon book best sellers, none of them have done one damn thing to prevent this declining state of our union going from bad to worse. Just like this worthless, RINO led GOP.

I can already hear critics now tho’, deriding me as a Leftist plant funded by George Soros who’s just trying to tear Tucker down and cause dissent among the conservative rank and files. Not true. I’m affiliated with no political Party. I despise this uni-Party system that has made the American people 2nd class citizens in our own country to these hordes of illegal aliens invading our borders. I’m simply an average American living here in the mid-western flyover state of Nebraska. I’m not being remunerated for any articles I write. I’m merely passing on information that was presented to me for others to see and to make of themselves what they will.

And so, without further ado…

Once I would have disputed the insinuation this video makes during its spiel of the governments involvement in 9/11. Admittedly there was a time when I thought this belief outlandishly absurd and gave it absolutely no merit whatsoever. No American in their right mind could seriously entertain such a ridiculous presumption I thought. Besides, how could anyone out there across this vast social media landscape possibly know without a doubt the governments involvement in such a heinous act of terrorism? 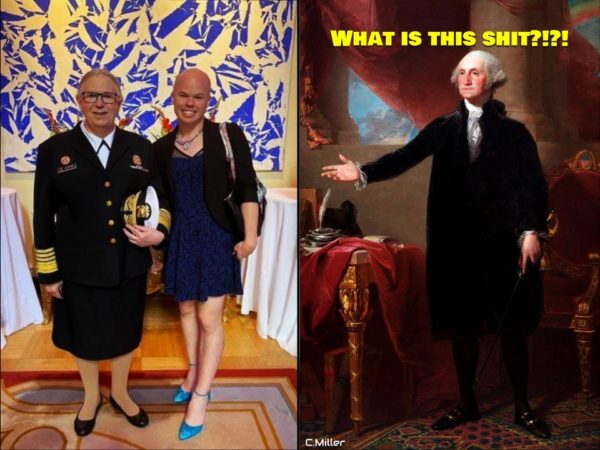 But my former contention on this subject aside, I understand the world has since changed dramatically in the subsequent years and is not what it once was. I mean we’re living in an age now where we’re seriously expected to believe men can have PMS, get pregnant and have abortions for God sake. Every day brings with it yet another Looney Toons conga line of Democrats and their lunatic base going from one insane extreme to an even crazier insane extreme. I understand too this government hasn’t been a government of the people for decades. And while I’m not ready to jump on the conspiratorial 9/11 bandwagon, I find myself conceding, given the blatant weaponizing of the U.S. government against the American people (particularly against their political opponents), what I once regarded as outlandishly absurd, has now become, “Yeah, I can believe that”. Not that my concession makes any of it true, but I can believe it seeing those things I see systematically happening today. So yeah, there’s that.

Another issue I have regarding this video and I’m just going to touch on it briefly here, but that’s how it tries to portray president Trump in a negative light, referring to Trump as just another “actor” in this cabal of political/economic globalists. That just pissed me off. So yeah, there’s that too.

But back to the central theme of my article, Tucker Carlson. Is he just another media shill covertly aiding this cancerous movement to help surreptitiously promote this globalist agenda of a “great reset“? I know Tucker is currently Faux News golden child. I’m also aware that Tucker’s admired and respected by millions of Americans, myself included, albeit cautiously, and while I don’t watch Faux News and haven’t for over a year now, I like Tucker and will go on YouTube from time to time to watch his presentations. But shortly after watching this video I went online to do some cursory investigating of my own and discovered information I wasn’t aware of about Tucker. Case in point, I had no idea he had been a registered Democrat in Washington DC from 2006 until 2020. Some of you may have known this already. I didn’t and initially it was dismaying, but then as I dug a little deeper, I did find more info that helped to alleviate some of that dismay.

But there’s other unsettling information not so easily ignored. Information revealed in emails discovered on Hunter Biden’s laptop from hell, of how Tucker and Biden had once been close friends up until around 2015. Again, this was news to me, but I’m going to let the following excerpt from the Daily Mail further elaborate the details to this disconcerting revelation in the following excerpt… 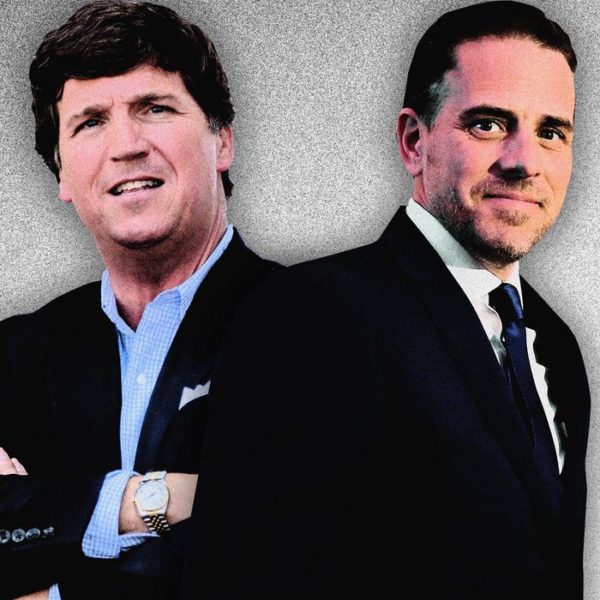 EXCLUSIVE: Who knew? Emails reveal the unlikely close friendship between Hunter Biden and Tucker Carlson: President’s son wrote Georgetown recommendation for TV star’s son and got him to intervene in a news story about him using cheating website

Hunter Biden was close friends with Tucker Carlson, wrote a recommendation for his son’s Georgetown application, and even got Carlson to intervene in a story about him on Hunter’s behalf.

Emails from Hunter’s abandoned laptop show the Fox anchor and the president’s son were close until around 2015 – revealing Carlson failed to disclose the true extent of his friendship throughout his extensive coverage of the scandals surrounding Hunter’s business and personal transgressions revealed by his abandoned computer.

In emails Hunter professed his ‘love’ for Carlson and his family, called him ‘buddy’ and told him ‘you’re a friend’.

A Fox News spokeswoman said Carlson ‘has been transparent about his relationship’ with the president’s son.’

In August 2015 data on the 30 million users of extramarital affairs website Ashley Madison were leaked, including Hunter’s name and c.redit card.

DailyMail.com wrote a story about Joe Biden’s son’s alleged use of the site, whose tag line is ‘Life is short. Have an affair’.

So just who, in this portentous age of political upheaval, incivility and civil unrest can the American people look to and rely upon to give us the truth? 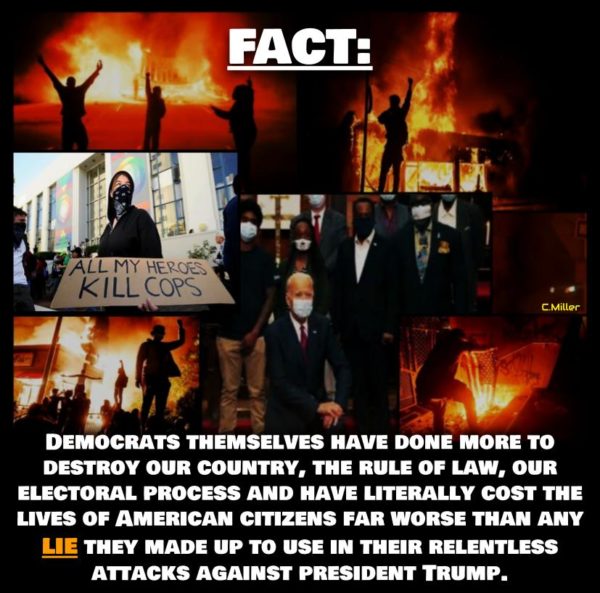