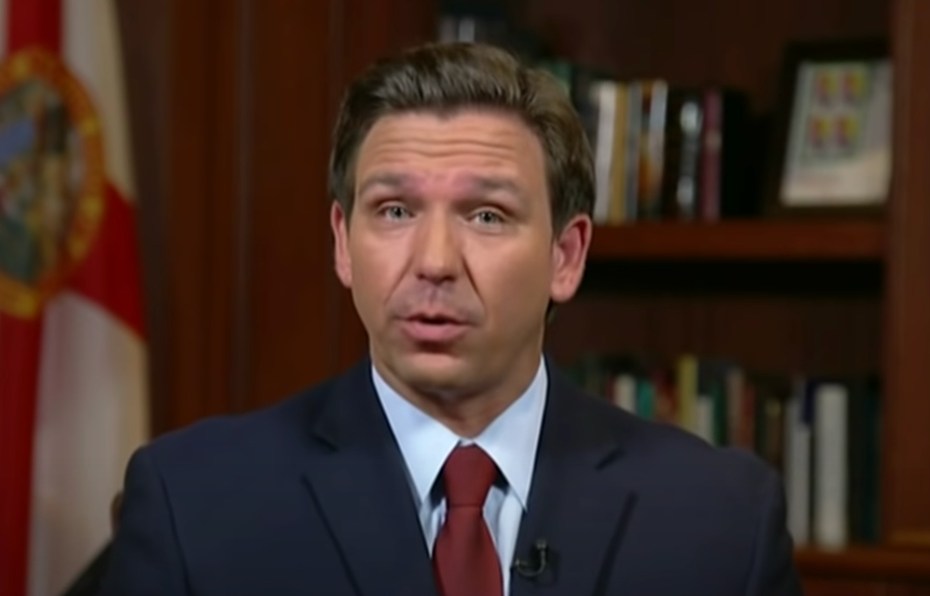 (Natural News) Florida Gov. Ron DeSantis has proven once again why he is the heir-apparent to the ‘MAGA’ movement that Donald Trump has built once the former president finally retires from the political scene.

Last week the GOP governor suspended a state attorney after he publicly pledged not to enforce Florida’s 15-week ban on abortions and then sent in law enforcement officers to ensure that he left office.

The 15-week ban is unconstitutional on its face. Tallahassee knew it when it passed the bill hoping judges will ignore the privacy right in FL Constitution.
Beware of the hypocritical “textualist”who wants the law strictly limited to the words on the page only when convenient. https://t.co/OHqv71BOeD

“So when you flagrantly violate your oath of office, when you make yourself above the law, you have violated your duty, you have neglected your duty and you are displaying a lack of competence to be able to perform those duties,” DeSantis said in announcing his decision. “And so today we are suspending state Attorney Andrew Warren, effective immediately.”

“We are not going to allow this pathogen that’s been around the country of ignoring the law. We are not going to let that get a foothold here in the state of Florida. We are going to make sure that our laws are enforced and that no individual prosecutor puts himself above the law, and I can tell you the states and the localities that have allowed this to happen, they are ruing the day,” DeSantis noted further.

“You want to know why some people are moving to Florida? Because their communities are no longer safe, thanks to prosecutors that think they know better than the people’s representatives and they get to pick and choose which laws that they’re enforcing,” the GOP governor said.

In a statement, the governor’s office noted: “We are suspending Soros-backed 13th circuit state attorney Andrew Warren for neglecting his duties as he pledges not to uphold the laws of the state.”

Prosecutors have a duty to enforce the law, not pick and choose which laws they agree with.

The State Attorney for the 13th Judicial Circuit, Andrew Warren, has instituted nonenforcement policies and has declared that he will refuse to enforce laws he doesn’t like. pic.twitter.com/EbSbCRrLHa

State Attorney of the 13th Judicial Circuit Susan Lopez will take Warren’s place, for the time being, the governor’s office continued.

“State Attorneys have a duty to prosecute crimes as defined in Florida law, not to pick and choose which laws to enforce based on his personal agenda,” DeSantis added in a statement. “It is my duty to hold Florida’s elected officials to the highest standards for the people of Florida. I have the utmost trust that Judge Susan Lopez will lead the office through this transition and faithfully uphold the rule of law.”

“We had the individual here from Hillsborough County say and signed letters that there are certain laws he just won’t enforce and won’t prosecute,” DeSantis told Fox News exclusively following a press conference in which he announced Warren’s suspension.

“States attorneys that put their ideology over the rule of law are not satisfying their oath of office,” said DeSantis, himself a Harvard-education lawyer and Yale graduate who served as a judge advocate in the U.S. Navy and an assistant U.S. Attorney.

In response, Warren vowed defiance by pledging that he would continue to serve in an interview with CBS News.

“You know, policy differences aside, we’ve had governors who have respected the rule of law, and now we have one who clearly doesn’t,” Warren claimed without citing any evidence. “I mean, he is stepping on the rights of the voters of Hillsborough County.”

“This is blatantly unconstitutional in violation of Florida Statute,” Warren said. “He doesn’t have the authority to suspend me just because he wants to, especially when he’s focused on things that I haven’t even done yet. The bottom line is that people elected me to serve in this position, and I’m going to continue doing it to keep our neighborhoods safe.”

Suspended Fla. Prosecutor @AndrewWarrenFL: "Blatantly unconstitutional" for @GovRonDeSantis to suspend me. "He does not have the authority to suspend me … the people elected me to serve in this position and I am going to continue doing it." pic.twitter.com/lLGroFQTcJ

Warren can’t continue serving because a) he’s been removed; b) DeSantis has the authority to remove him; and c) the law he vowed not to enforce was duly passed by the state legislature.