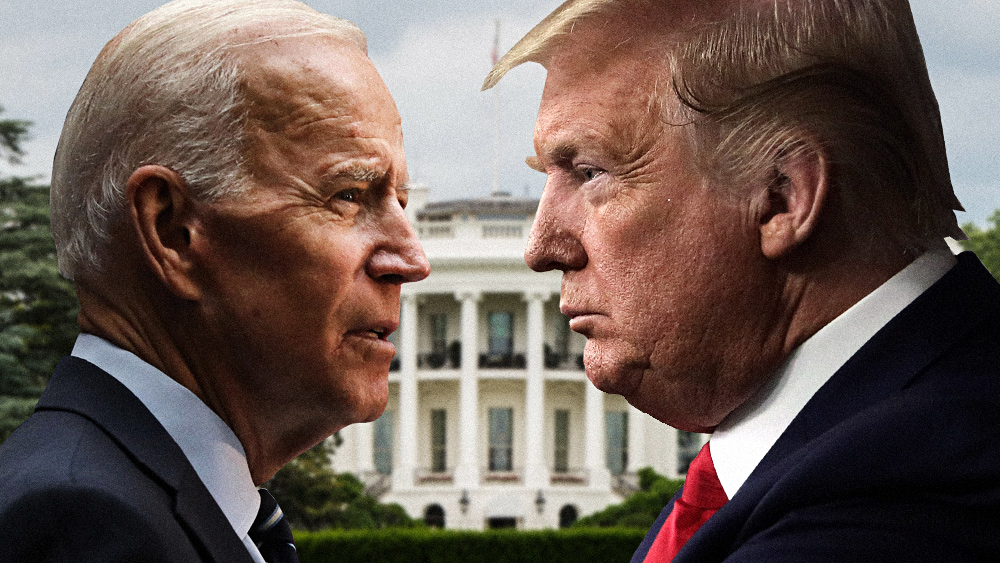 (Natural News) If you thought that President Donald Trump’s stolen 2020 election was just a one-off, you’re sorely mistaken, as, it sounds like the U.S. Postal Service under Joe Biden is getting politicized as well.

According to The Federalist, the USPS is attempting to ‘address’ the issue of increased mail-in balloting by establishing an entirely new division called Election and Government Services division. The division’s first director is Adrienne E. Marshall, a veteran of the Postal Service.

But here’s where this gets suspicious: “Marc Elias, the Democrat’s foremost lawfare professional and longtime proponent of elections by mail, [tweeted] out his approval,” The Federalist continued. 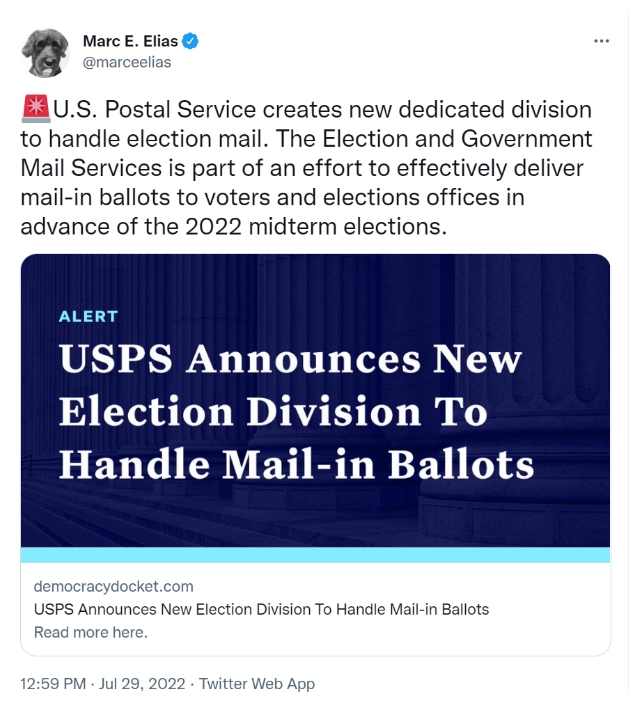 The rationale for this new division is that the growing use of mail-in ballots requires extra attention to ensure the greater volume of mailed ballots can be handled by an increasingly overburdened USPS.

The USPS reported it delivered more than 135 million ballots in 2020, with 40 million delivered so far this year during the primaries.

Elias and other left-wing Democratic powerbrokers have long sought universal mail-in balloting because they know how easy it is to cheat (and they did it during the 2020 election, as evidenced in the documentary “2000 Mules,” produced by Dinesh D’Souza). They know, for example, that local voter registration rolls are notoriously out of date and by mailing ballots to ‘everyone on the list,’ there are millions of votes that can be stolen nationwide.

That’s what happened to Trump: He got more legitimate votes last time around than in 2016, and yet somehow, a man who campaigned (sort of) from his basement; who could not draw a fraction of the crowds that Trump drew when he did do live appearances; who never saw a spontaneous boat or car parade launched in support of him; and who lost all the bellwether counties except for one…’beat’ Trump with more than 81 million votes?

There is no way that happened without a lot of underhanded ‘help.’

“Elections conducted by mail have been a longtime goal of Elias and others since long before public health fears over in-person voting during the Covid-19 pandemic. It is instructive to note that most European nations found mail-in ballots to be susceptible to fraud and limited their use,” The Federalist reported.

Should Americans worry about this new USPS division? The Federalist offers:

The U.S. Postal Inspection Service is the oldest federal law enforcement branch. Regarding election-related mail, both campaign material and ballots, the Postal Inspection Service says they monitor “political and election mail as it moves through the postal network to prevent, identify and resolve any issues that might interfere with its secure and timely delivery.” All of which sounds great in theory, but what happens if the mail doesn’t get through? Or if it doesn’t get through selectively? Investigating after the fact won’t change election results.

As for proof of election fraud, the biggest excuse from doubters has always been: ‘There is no proof the election was rigged and thus stolen.’ Until now, that is.

A new documentary film by Dinesh D’Souza featuring highly experienced election analysts who use both data and video proves beyond any reasonable doubt that Democrats conspired to pull off the greatest election theft in the history of our country. What is much worse, unless Republican legislatures in key battleground states do more to secure elections moving forward, this will happen again and again until our elections become completely meaningless.

In an interview with Turning Point USA founder Charlie Kirk ahead of the film’s release, election researchers Catherine Engelbrecht and Gregg Philips described what they found when they obtained several terabytes worth of video and cellphone tracking data. The report is concise, easy to follow, and filled with video documentation.

The 2020 election was stolen. Biden’s USPS appears to be attempting to institutionalize election theft.