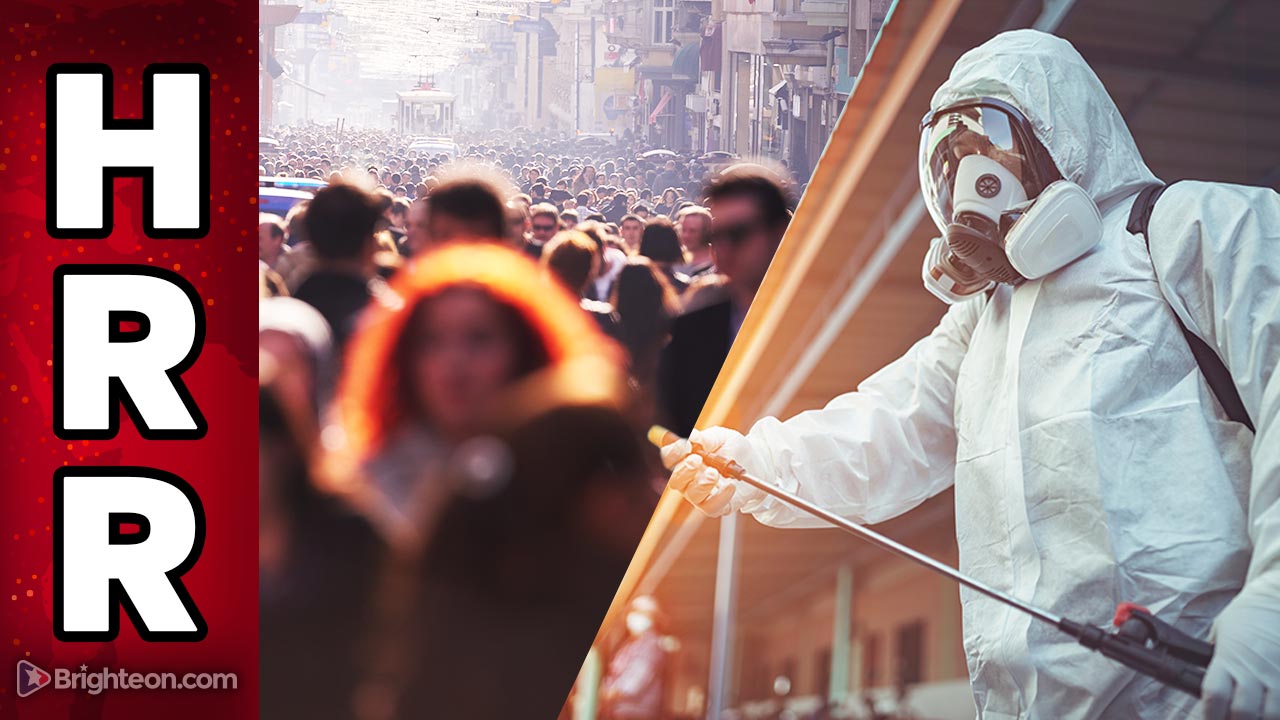 (Natural News) When conventional farmers want to carpet bomb a crop field with insecticides to kill the insects, they spray the field with toxic chemicals. The chemicals are absorbed by the insects and go to work destroying their nervous systems or circulatory systems. Before long, millions of insects experience a “died suddenly” event.

When globalists want to kill off masses of humans living in high population density cities, they can similarly carpet bomb the city with aerosolized “vaccines” that are designed to be inhaled. These can be sprayed from low altitude aircraft in exactly the same way malathion was sprayed on populations, presumably to control mosquitoes and the over-hyped Zika virus.

A recent article from Eugyppius: A Plague Chronicle reveals that Bill Gates-associated researchers are now pushing for covid nasal vaccines that could theoretically be sprayed on populations and inhaled without individual knowledge or consent.

Oligarchic support for nasal spray vaccines proceeds primarily from the beleaguered mind of Bill Gates, who is quietly disappointed in the performance of the mRNA elixirs and now places the better part of his hope in masking…

Topol is just a mentally vacant Corona brigadier, but Iwasaki is co-founder of the pharmaceutical startup RIGImmune, which has received two million dollars from the Gates Foundation “to develop novel innate immune activators to protect against infectious diseases that disproportionately impact the developing world.” She’s also co-founded Xanadu Bio, which is trying to come up with nanoparticles that won’t kill you when you inhale them…

If this effort succeeds, it would give globalists a way to air drop mRNA instructions on entire populations in exactly the same way farmers spray fields with insecticides. The mRNA instructions hijack the body’s cells, programming them to construct non-human protein structures which can also function as biological weapons that cause infertility or clots.

As Natural News has exclusively documented with laboratory tests, these clots are self-assembling biostructures that grow in size until they block blood flow and often kill the victim. People are dropping dead just like weevils, and the “human herd” is being culled like never before.

Human populations are seen as “plagues” by the globalists

Human populations are seen by globalists as plagues upon the planet, worthy of extermination in the same way an infestation of cockroaches might be handled. According to globalists, human beings are not only using too many precious resources — such as water, energy and land — they’re also polluting the oceans with plastics, destroying ecological systems and contributing nothing to the future of human civilization. Therefore, they must be exterminated, the thinking goes.

The real trick is figuring out how to convince the masses they aren’t being exterminated as they line up for extermination injections. To achieve this, “vaccines” were pushed by doctors, journalists, government authorities, Big Tech, employers and schools, in contradiction to any real supporting science. These death shots were called “safe and effective” when they were really dangerous and deadly. Those who gave in to these apparent “authority” influencers will likely pay for that bad decision with their lives, it turns out. Because all along, the covid-19 pandemic was a ploy to get people to line up and agree to be injected with slow-acting euthanasia shots.

Now, the post-vaccine clots are continuing to grow in size, clogging arteries and blood vessels, causing an increasing number of people to drop dead without any ready explanation that the medical establishment will accept. The common cause among all these “died suddenly” events is, of course, post-vaccine clots that are clogging up arteries and blood vessels.

Importantly, these clots are continuing to grow in size every day, inside the bodies of the people who took the vaccines. Millions more will die in the months and years to come. For those who aren’t killed by the current vaccines, globalists can simply spray the cities with new mRNA “death bombs” that people inhale against their will or knowledge.

Talk about violations of Nuremberg… this would effectively turn every targeted city into a Holocaust-style gas chamber where people breathe in the bioweapons that will kill them over time.

As explained on the CHD website today, Mary Holland has calling for large-scale global prosecutions of these covid vaccine criminals and bioweapons engineers who unleashed these attacks on humanity:

Tragically, in the last two-and-a-half years, we have witnessed a global assault on the Nuremberg Code. Governments, medical establishments, universities and the media have violated the very first principle and every other principle of the code’s 10 points.
They have coerced people into being human guinea pigs. Those who have intentionally, knowingly and maliciously violated the principles of the Nuremberg Code must be punished. They must be called out, prosecuted and punished for crimes against humanity…

Indeed, Holland is correct, and if the human race doesn’t stand up to the vaccine death cult mass murderers like Fauci, billions will die.

In fact, we may already be beyond the tipping point where billions are programmed to die over the coming years. Unless a method is found to reverse the clots and literally deprogram the human body from malicious mRNA instructions, the 5+ billion people who already took these vaccines may be facing extermination via “science.”

Remember: Fauci lied. Millions have already died, and billions are at risk of death in the months and years ahead. Big Tech and the media are censoring, blacklisting and attacking anyone who tries to sound the alarm on this, proving that they are in on the genocide and complicit in these crimes against humanity.

Apple, Google, Facebook, Twitter, YouTube, Linked In and many more are guilty of conspiracy to mass murder billions of human beings, even when some of those victims will be their very own employees, engineers and executives. Truly, we are witnessing a global death cult play out in front of our very eyes.

Listen to my full Situation Update podcast for full details:

Alabama Police Officer Arrested After Exposing Himself To A Family At A Gas Station
October 3rd, 2022 Sons of Liberty Media