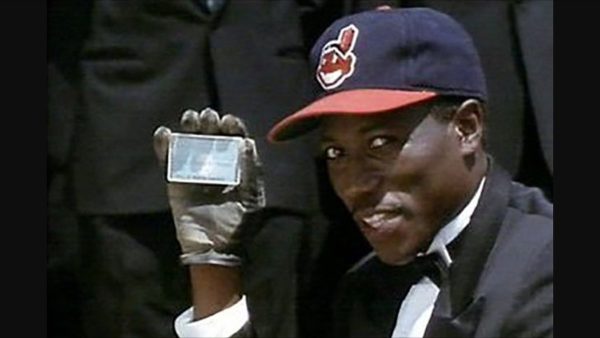 Most of us don’t want to admit the historical shift that’s occurred.

At first, it seemed insignificant when one stood, but when implicit whiteness became explicit against the face of anti-white hate, the world is literally on the verge of stopping.

A former American Express employee filed a class-action complaint Tuesday alleging that the credit card company exhibited “callous indifference” to civil rights law by terminating him because he is White and because he spoke out against its “racially discriminatory” policies.

Brian Netzel, who worked a decade for Amex until he was terminated in 2020, told FOX Business that he sued the company on behalf of himself and potentially thousands of other similarly situated employees following “an avalanche of bad things coming to White people in that company once George Floyd was killed.”

The lawsuit alleges that amid the racial tensions roiling the U.S. in 2020, Amex implemented “anti-racism” policies throughout its corporate structure that “gave preferential treatment to individuals for being Black and unambiguously signaled to White employees that their race was an impediment to getting ahead in the company.”

Netzel said such policies fostered a workplace rife with “a tremendous amount of animosity” in which White employees were unfairly punished or passed over for promotions, while some Black employees were promoted merely to meet racial quotas and employees were encouraged to “root out in McCarthy-era fashion people who didn’t agree with this overall philosophy.”

Netzel pinpointed the origin of such policies at the top, recalling company town halls in which CEO Stephen Squeri reportedly engaged in “what amounted to an emotional tirade against police, against systemic racism in the U.S. and within American Express.”

“He made it clear that you needed to fight this with him, or you needed to find another place to work,” Netzel said of Squeri, who assumed his current position at the company in 2018.

Netzel maintained that this created an atmosphere in which White employees were treated disparately and forced to undergo trainings in which they were told to treat Black coworkers differently.

Netzel alleged in his complaint that his female manager, who is Black, would “aggressively harass and berate White employees,” overworking them and retaliating with poor performance reviews. He also claims that Amex was aware of her behavior, and that she was one of the executives who received financial incentives to reduce the number of White people in her department.

A spokesperson for Amex described Netzel’s allegations as “false and without merit,” telling FOX Business that the company has “a longstanding commitment to living our company values, which include fostering a diverse and inclusive culture where all colleagues can thrive.”

The spokesperson maintained that Amex provides no incentive for behaviors that discriminate against or favor any group of employees, and also pushed back against any claim that advancement, hiring and compensation at the company is based on anything other than individual qualifications, business and leadership performance.

Netzel, however, believes Amex’s policies are racist, and he hopes his class action manages to convince the company to back off of them and apologize to the employees he says have been hurt.

“American Express has an opportunity to reverse their policies, apologize and make the people that were harmed whole,” he reflected. “Whether they’ll do it is unknown. But if not, then we’re going to expose exactly what was done there through discovery and through trial, and we’re going to let a jury and ultimately consumers decide.”

The lawsuit’s claims echo previous allegations of discrimination Amex has faced. In 2021, five current and former employees told FOX Business on condition of anonymity that the company engaged in “reverse discrimination” against White employees, barring them from promotions and steeping the workplace in the tenets of critical race theory. Amex categorically denied the accusations at the time.

There’s no going back when white people realize they have collective rights against an ever aggressive hostile minority.

White privilege: In America, Don’t Leave Home Without It!