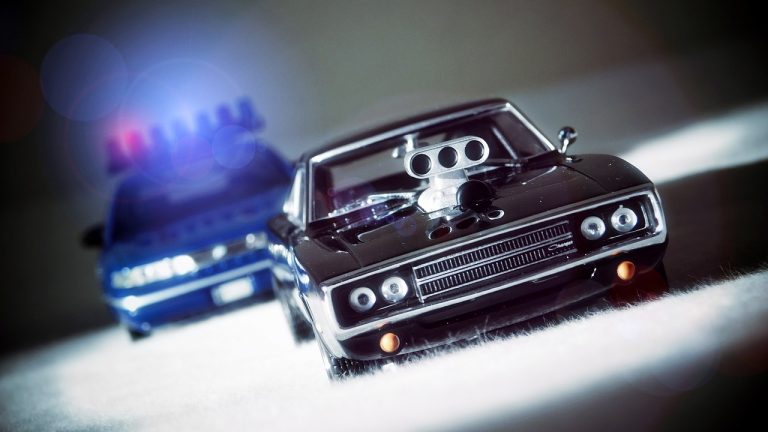 Have you noticed that more people than ever in our society seem to be going completely crazy?  And when I say crazy, I don’t mean it in a fun, non-threatening way.  All over the country, we are literally seeing people “go psycho” and commit some of the most heinous acts of violence imaginable.  It is almost as if we have all been transported into a game of “Grand Theft Auto” where people feel free to indulge their basest instincts.  In recent months I have repeatedly written about the fact that crime rates have been soaring, but it isn’t just the number of crimes that is alarming.  We are starting to see things happen in our streets that are so bizarre that it is difficult to believe that they are actually real.  In fact, many of them seem like they have been pulled right out of an extremely violent Hollywood movie.

Let me give you an example of what I am talking about.  This weekend, a high speed robbery in Manhattan made headlines all over the globe…

Frightening footage shows the moment brazen thieves rammed a SUV on to the sidewalk and stole $20,000 in cash from its driver at gunpoint on Manhattan’s Upper East Side.

The dramatic scene shocked bystanders on Second Avenue between 91 and 92 streets around 4:40 pm Saturday, when two cars came speeding down the wrong side of the road against traffic, in an apparent high-speed chase.

Those three paragraphs do not really convey the true intensity of this incident.

To really grasp what happened, you have got to see the video.

Keep in mind that this didn’t take place in a “bad area” of New York City.

This was right in the middle of Manhattan.

The thieves obviously must have known that there was a huge bag of cash in that vehicle, because they were not going to give up until they got it.

Watching that video definitely reminded me of a video game, and this next example did too.

On Friday night, a 47-year-old man led police on a wild car chase through Milwaukee before finally engaging in a shootout with them when his vehicle was disabled…

A 47-year-old man, suspected in a homicide, late Friday led Milwaukee police on a car chase from the south side to downtown, and when his vehicle became disabled in the busy bar district, exited his car and opened fire on officers.

The return fire from officers killed the man, police said. The Milwaukee County Medical Examiner’s Office Saturday afternoon confirmed the suspect was Ernest Terrell Blakney, who police had been searching for since Aug. 25 as the suspect in the killing of his girlfriend.

This particular incident had a trifecta of domestic violence, a car chase and a shootout with police.

Yup, it definitely sounds like it could have come from Grand Theft Auto.

These days, even random guys that look like they are completely ordinary are deciding to start acting like gangsters.

In Los Angeles, a 35-year-old real estate agent and his friend decided that they would start quietly burglarizing the homes of celebrities.

Before they were finally caught, they were able to steal goods worth more than 5 million dollars…

A Los Angeles real estate agent and his ‘slick’ accomplice are set to go on trial for masterminding a lucrative burglary ring which saw them steal more than $5 million worth of items from the rich and famous.

Jason Yaselli, 35, and Benjamin Ackerman, 36, worked together to target celebrities’ homes across Hollywood, California, often breaking into homes in the same neighborhood.

Often victims of the clandestine and calculated burglaries did not realize that there had been a break-in – with some noticing months later that their high-ticket valuables were gone.

After they had made a couple million dollars, why didn’t they just stop?

That is always the question that I have when I read such stories.

Of course if these criminals were actually smart, they would have never turned to a life of crime in the first place.

People are going completely nuts up in Canada too.  On Sunday, two random guys in Saskatchewan went on a massive stabbing spree.

When it was finally over, the total number of victims had reached at least 25…

At least 10 people are dead and 15 others hospitalized after a series of stabbing attacks in the Canadian province of Saskatchewan, police said Sunday. Two suspects were still on the loose Sunday evening, the Royal Canadian Mounted Police said.

The stabbings occurred in 13 separate locations throughout James Smith Cree Nation and in the village of Weldon, police said.

Now that he has been successful with his gun control efforts, is it just a matter of time before Canadian Prime Minister Justin Trudeau calls for all knives to be banned in Canada?

Of course all of this is happening in a broader context.

Civil unrest is on the rise all over the globe, and we are now being warned that “the worst is undoubtedly yet to come” as food supplies get tighter and economic conditions continue to deteriorate…

Making sense of the impending global turmoil is Verisk Maplecroft, a UK-based risk consulting and intelligence firm. They have just published an updated version of the Civil Unrest Index (CUI), covering seven years of data, showing the last quarter saw the most countries ever since the index was created move higher in civil unrest risks (101 of the 198 countries tracked by the firm saw increased risks of civil unrest, while only 42 experienced reduced risks).

“The impact is evident across the globe, with popular discontent over rising living costs emerging on the streets of developed and emerging markets alike, stretching from the EU, Sri Lanka, Peru to Kenya, Ecuador, and Iran, ” Verisk wrote in the report, adding conditions are worsening as the frequency of protests and labor strikes could accelerate into fall.

“Although there have been several high-profile and large-scale protests during the first half of 2022, the worst is undoubtedly yet to come,” the firm warned.

The unprecedented civil unrest that will be coming has been a topic in several of my books, and what we are already starting to see is quite alarming.

On Sunday, approximately 70,000 angry people gathered in Prague to protest the soaring cost of living.

We have seen many other similar protests all over Europe in recent weeks.

If those living in Europe are this angry now, what will they be like when things get really bad this winter?

And if the streets of major U.S. cities are filled with violence while economic conditions are still relatively stable, what will they look like when the economy really starts to deteriorate?

The truth is that the whole world is simply not prepared to handle the exceedingly difficult challenges that are ahead of us.

The thin veneer of civilization that we all take for granted on a daily basis is getting thinner and thinner, and eventually it will be gone completely.