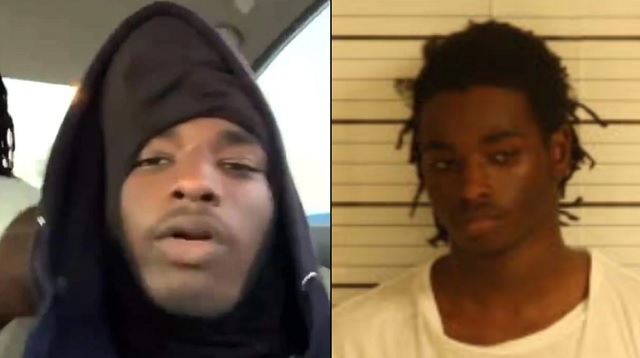 “Reginald Williams, 18, has been charged with the Commission of Act of Terrorism, Civil Rights Intimidation, Disorderly Conduct, and Harassment,” Memphis Police announced Friday evening. “Williams has five prior arrests.”

Reginald Williams, 18, has been charged with the Commission of Act of Terrorism, Civil Rights Intimidation, Disorderly Conduct, and Harassment. Williams has five prior arrests.

According to the affidavit, in the video, Williams stated:

“I’m fixing to go ahead and go Zeek Mode on nothing but white people. I catch any white h** on the sidewalk, you going to get popped tonight. He already shot a white old man. I’m fixing to shoot a white old lady sh**… while her grandkids in the car.”

After this comment, the video stopped, the affidavit said.

The same day that video posted, police say Ezekiel Kelly was involved in several shootings across the city.

[…] Williams gave a full statement of admission advising he was the individual who made the threats in the video.

According to the affidavit, Williams said made those threats because of the comment on his Facebook post he made about Zeek and Williams said that the comment was made by a “white lady,” which caused him to get angry and go live on Facebook.

Williams also told investigators there was a gun in the car with him at the time of the live video but he was not intending to kill anyone, the report said.

The teen also said the gun was his, but that he later gave the gun away when he realized the police were looking for him.

According to the affidavit, investigators asked Williams if he was the person who came up with the term “Zeek Mode” and he said he did come up with it and that it meant “to go around and kill random people.”