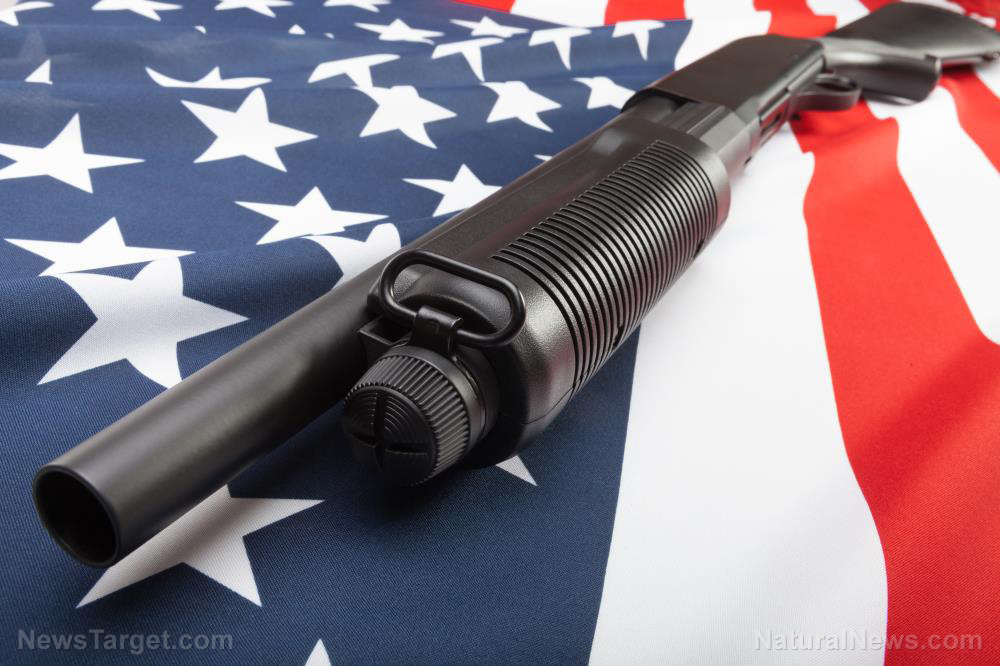 (Natural News) The Biden regime and deep state continue to work overtime to not only subvert our constitutional system but also to crush as many Americans as possible under the thumb of tyranny.

For instance, a noted gun rights organization has just uncovered a diabolical plot by the FBI to fool citizens into giving up their constitutional right to keep and bear arms.

Specifically, Gun Owners of America, via a Freedom of Information Act (FOIA) request, has obtained a form the bureau uses “to secure forfeiture of Second Amendment rights,” Breitbart News reported.

The outlet cited a 2019 report from Ammoland.com that warned of the FBI’s plot after the gun rights group uncovered the “NICS Indices Self-Submission Form” in December of that year.

“The FBI document … allows Americans to ‘voluntarily’ waive their Second Amendment right to bear arms. Once the person submits the form, they cannot get their rights back,” Ammoland.com noted at the time. The waiver of rights states clearly on the form: “I may not be permitted to withdraw my name and information in the future.”

The person filling out the form has to choose between reasons. The first choice is that they are a danger to themselves or others. The Second item that they can check states that the person in question lacks mental capacity adequately to contract or manage the details of their life.”

The first option is reminiscent of the language used in the so-called “Red Flag” laws or “extreme risk protection orders.” These laws lack due process, and pro-gun groups have used them as an example of the government pushing an overreaching and constitutionally dubious gun law across the country. Right now these laws are only at the state level.

In addition, the form mandates that a “mental health professional” agree, on the record, that the person in question “has adequate mental capacity to voluntarily execute this document.” What’s noteworthy about the form is typical government hypocrisy: While the person may have the mental capacity to sign away their Second Amendment right forever, they don’t necessarily have the “mental capacity adequately to contract or manage the details of their life.”

There is nowhere in the form where the ‘mental health professional’ has to certify that the patient under their care doesn’t have the mental capabilities to own firearms,” notes Ammoland.com. “It is only to confirm they are signing the document under a sound mind and body. Gun rights advocates worry about possible abuses because of how the certification is worded in the form.”

According to a report by The Daily Caller last week, the FBI has actually taken the form to the homes of some Americans and presented them with the option to surrender their gun rights:

The forms were presented by the FBI to people at their homes and in other undisclosed locations, according to bureau documents unearthed through the Freedom of Information Act by the firearm rights group GOA…At least 15 people between 2016 and 2019 signed the secret forms, which ask signatories to declare themselves as either a “danger” to themselves or others or lacking “mental capacity adequately to contract or manage” their lives.

“This self-reporting form became a tool for the FBI to pressure law-abiding Americans, who have committed no crimes, to voluntarily forfeit their Second Amendment rights. The agency would put the squeeze on people to surrender their rights, based simply on hearsay evidence. And then, just like Red Flag laws, a gun owner could lose their gun rights without ever appearing before a judge or jury,” Pratt said.

“Congress must investigate to ensure that this system and any forms tied to it have been destroyed, and most importantly, the officials responsible must be held to account for their actions which have betrayed the trust of the American people,” Pratt added. “This is just the latest example of the FBI going rogue and abusing their authority to the detriment of Americans’ Constitutionally guaranteed rights. Given the Bureau’s unwillingness to answer questions or cooperate with GOA’s investigation, coupled with a total lack of Congressional oversight, this system is likely to have been misused — and the FBI knows it.”