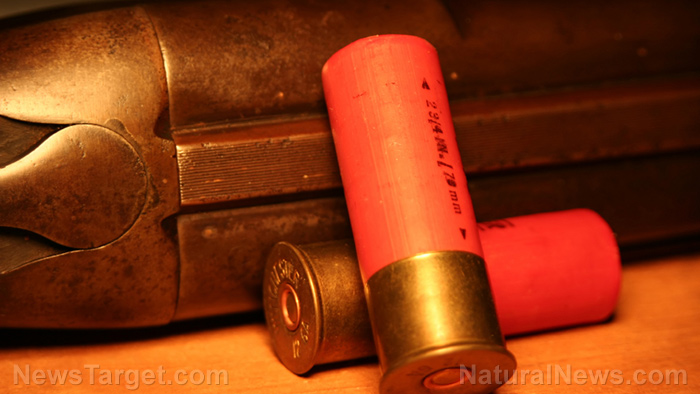 (Natural News) A teenager in Texas fought off home intruders with a shotgun, killing two of the would-be invaders.

Three men wearing ski masks attempted to enter a house in Channelview, Texas at around 10:40 p.m. on Sept. 9. Four individuals – an adult female, two 17-year-old teenagers and a 12-year-old child – were inside the residence at the time. The three perpetrators “attempted to make force entry,” according to the Harris County Sheriff’s Office (HCSO).

As the criminals attempted to break in, one of the teenagers grabbed a shotgun and fired at the intruders several times. Two of the suspects were killed, according to law enforcement who arrived at the scene. The third suspect, however, fled the scene in a dark-colored four-door sedan. (Related: Mom uses handgun to save her two children from violent home intruder.)

None of the other occupants of the house were injured.

Harris County Sheriff Ed Gonzalez tweeted about the incident, urging members of the public with knowledge of the third suspect’s whereabouts to come forward. An investigation is ongoing, and the sheriff said the case will be presented to a grand jury.

Local Houston channel ABC 13 obtained surveillance footage that contradicted the sheriff’s claim of only three suspects attempting to enter the house. The suspects arrived at the scene in the aforementioned sedan, parking their vehicle next door to the home they planned to enter.

Nearly two minutes later – and coinciding with the teenager firing at them with the shotgun – the footage showed two suspects running back to the car before driving off.

A neighbor in the area where the incident happened showed ABC 13 their house and car, which had been riddled with at least nine bullet holes. This appeared to imply that the suspects had victimized an earlier house, before moving on to the next one and being peppered with buckshot.

“Given the vast difference between bullet holes and something being peppered with shotgun blasts, it remains to be seen if the armed invaders returned fire at the teenager,” wrote Mitch McKinley for Law Enforcement Today.

2A empowers the most vulnerable to fight back against crime

“The right of the people to keep and bear arms shall not be infringed,” says the Second Amendment. This right comes with a good reason, as it empowers even the most vulnerable to fight back instead of being victims. A firearm in hand evens out the odds for any potential victim of crime – be it man, woman or child.

One clear example from October 2019 involved a pregnant woman who used an AR-15 to defend her injured husband and daughter. The woman, who was eight months pregnant at the time, used her rifle against a pair of violent intruders who broke into the family’s home in Lithia, Florida.

“It became real violent, real fast,” recounted Jeremy King, the woman’s husband. “[The suspects] came in heavily hooded and masked. As soon as they had got the back door opened, they had a pistol on me and were grabbing my 11-year-old daughter.”

King recalled being pistol-whipped and kicked in the head. But the suspects did not expect that King’s wife would fight back.

She retreated to her room, grabbed her husband’s AR-15 and shot the intruders – hitting one of them. Upon realizing that the owners of the home they broke into were also packing heat, the two suspects changed their plans and fled. One of the suspects managed to escape, while the other was found dead in a nearby ditch.

“The guys came in with two normal pistols, and my AR-15 stopped it,” King remarked, adding that his wife “evened the playing field” and prevented the suspects from taking his life during that instance.

SelfDefense.news has more stories about armed Americans stopping criminals in their tracks.

Watch this surveillance footage of an elderly store owner from Norco, California shooting off a criminal’s arm with a shotgun.

This video is from the Clown World channel on Brighteon.com.

FAMILY DEFENSE: Man shoots teenagers attempting to steal his SUV with his infant children still inside.