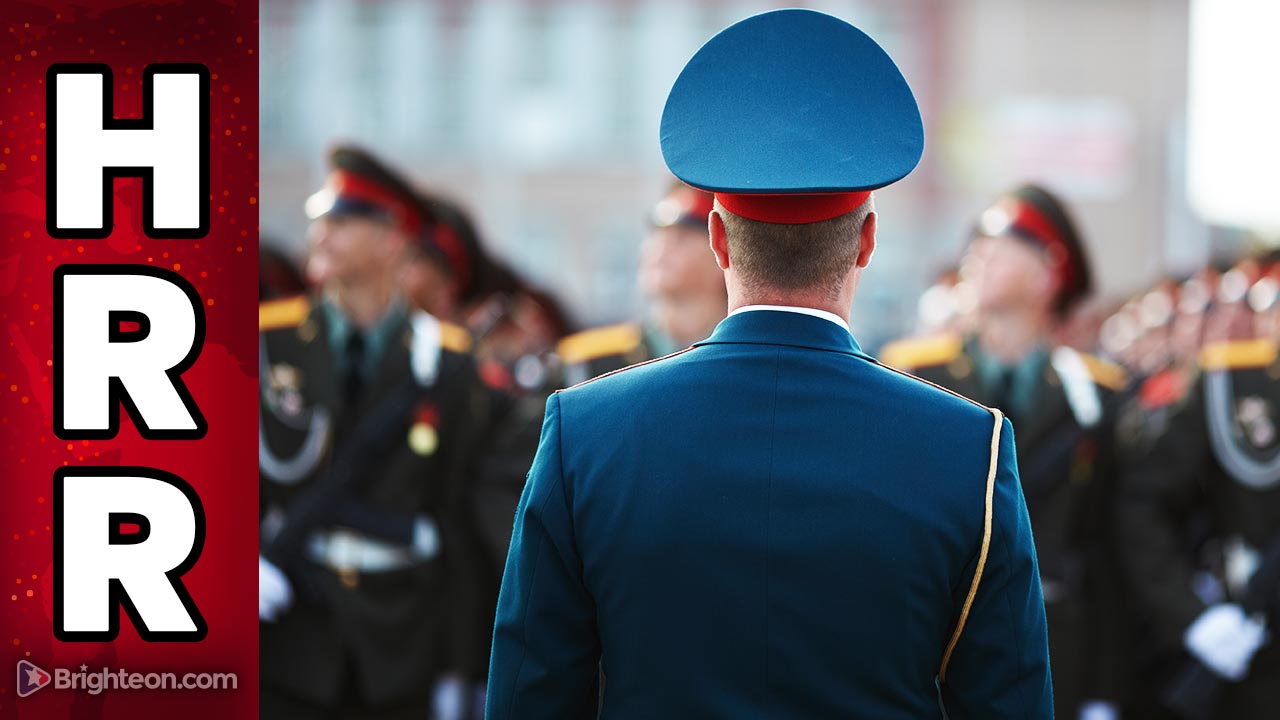 (Natural News) Russia’s recent “partial mobilization” will call up 300,000 military reservists who, over the next few months, will be trained and put into service in the ongoing conflict with Ukraine. It is now well known — although western nations continue to deny the obvious — that Ukraine’s military offensives are being run by NATO troops, using NATO satellites, training and gear. In essence, Russia is already fighting NATO in a continental war, and Russia realizes that western nations will not be satisfied with anything less than the complete obliteration of Russia as a sovereign nation.

Four Donbass region republics are reportedly voting on a referendum to officially become part of Russia. Ukraine’s government is threatening up to five year prison sentences for anyone who even votes in these elections, proving that Ukraine has zero interest in democracy or self-determination of the people. Nevertheless, these votes are taking place, and it’s highly likely that these republics will join Russia, making them part of Russian territory.

Once that is established, Russia will consider that any attack against those newly-joined regions (which were of course once part of the Soviet Union, and where most of the people are ethnic Russians who speak Russian and who actually want to join Russia) is an attack on Russia itself. Such attacks could trigger defensive responses from Russia, and those defensive responses may include every type of weapon available to Russia’s national defense, including nuclear weapons, Putin recently reminded the world.

Western media, which now lies even more vehemently than Pravda ever did, claims this is Putin threatening the first use of nuclear weapons. That is of course a lie, but it is a convenient lie that’s being used by western media to call for a western preemptive nuclear strike against Russia in order to stop “Russia’s aggression.”

This is a very dangerous development, because if Russia takes such threats seriously, then classical game theory would require Putin to strike first, in order to preempt the anticipated preemptive strike by the West. Thus, we find ourselves in a rapidly escalating feedback loop which could end in nuclear disaster, especially given that the Biden regime appears to be actively trying to start World War III before the mid-term elections, allowing him to declare a national war footing and try to postpone the ballot box lashing that Democrats are sure to endure if the elections take place.

Even worse, while Putin appears to be acting rationally from his own national self-interest, western leaders are behaving like psychopaths who are utterly disconnected from reason and reality. They do not even acknowledge the fact that their own economic sanctions against Russia unleashed the catastrophic economic misery and energy crisis that Western Europe imminently faces (with mass famine and an industrial collapse soon to follow). There seems to be zero recognition among the leaders of Germany, the UK or the USA that provoking Russia into a nuclear exchange will go horribly wrong for the West (and would likely spell the end of Western civilization).

In classical game theory, analysts talk of “two scorpions in a jar,” each capable of striking the other to death even if they are struck themselves. Yet the reality is that We the People are all trapped in that jar with a bunch of psychopathic scorpions who possess powerful weapons but no rationality, intelligence or ethical grounding for managing the use of such weapons.

It’s like we’re all wearing highly flammable clothing at the birthday party of a spoiled brat child, and the parents just give him a flamethrower. What do you suppose happens next? We all get burned.

Translated into reality, we’re already suffering under the economic devastation of the west’s attempted anti-Russian sanctions (known as “suicide sanctions” at this point), and now western media influencers are begging the Pentagon to authorize first-strike nuclear warfare with Russia, a nation that has 20-30 years more advanced anti-air defense systems and ICBMs with hyperglide vehicles that can evade every defensive system currently possessed by NATO nations, including the USA. Provoking Russia into a nuclear exchange while Russia has the best anti-ICBM missile systems is like getting into a gun fight with an opponent who is carrying the world’s best ballistic shield. It’s another suicide wish, yet it’s exactly what western media outlets (and governments) are begging for.

At this point, every informed person should be preparing for nuclear war, understanding that it is being desperately provoked by the USA and NATO. Russia doesn’t want nuclear war, and fortunately for humanity, Putin is a far more measured and patient man than any western leader, meaning he won’t irrationally lash out with nuclear weapons for political purposes.

The same can’t be said of western nations and their insane, deranged leaders. They will provoke absolutely anything — including nuclear terrorism or nuclear war — to try to remain in power, even if it means the mass slaughter of millions of innocent people. John Moore (The Liberty Man) explains this in today’s featured interview. See the full podcast below the interview:

Here’s today’s full podcast, covering Russia, the Texas declaration of war against drug smugglers, the DOJ’s prosecution of 47 people for a massive food fraud operation mostly run by somalis in Minnesota, and much more: