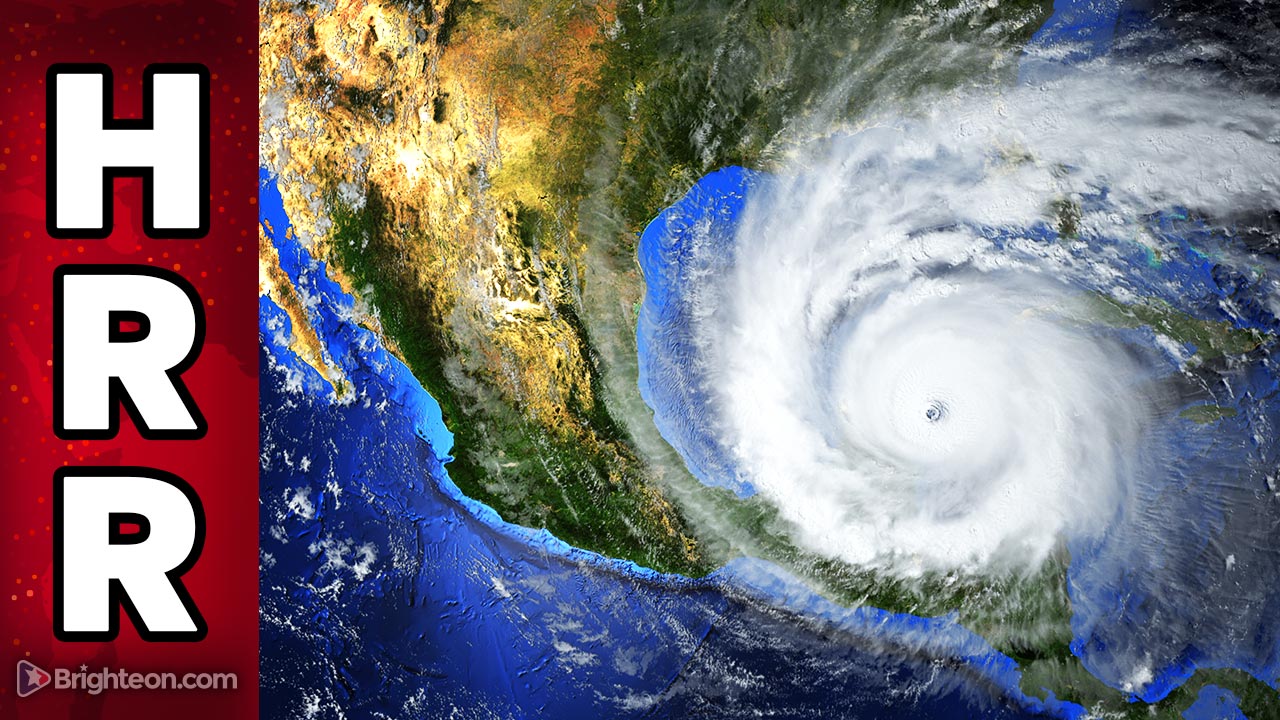 (Natural News) The devastation of Hurricane Ian has implications far beyond Florida itself. One of the largest fertilizer companies in the world, Mosaic, is located right in the devastation path of Ian, which lingered for over 12 hours in Central Florida, dropping actual feet of rain in some areas, causing widespread flooding and infrastructure damage. That, combined with the sustained hurricane-force winds, ripped some communities to shreds and left almost no structure standing in certain areas.

The Mosaic company in Central Florida provides 50% of the granulated phosphate fertilizer used by North American farmers, according to its online data sheet (PDF). The company also provides 12% of the global supply for granulated phosphate fertilizer. This means Hurricane Ian just made the global fertilizer shortage far worse than what it was already, even after the fertilizer shortages caused by natural gas shutdowns in Europe (and the recent sabotage explosion of the Nord Stream pipelines).

The upshot of all this? Expect even more food scarcity and price inflation in 2023 and beyond, with high prices and crop scarcity to persist for many years to come.

We hope that Mosaic — which employs 3,000 full-time workers and 3,000 additional contractors — can get back on its feet as soon as possible and resume deliveries of phosphate fertilizer.

Florida’s power grid and cell towers remain down, and many will stay down for weeks to come

Also today, I interviewed “Steve” of Strategic Response Partners, a private company that’s hired by hospitals, hotels, retirement centers and hotels to help handle emergencies and disasters like hurricanes and more. The website of his company is SRP24.com if you want to see what they do. The full interview will be posted Friday late morning, but he told me that many people sustained serious bodily injuries from flying shrapnel propelled by extremely high winds. Other people fell on slippery tile and suffered broken bones or fractures. Some people got injured in the evacuations, and the number of dead that will ultimately be found will likely shock most people.

Steve told me that the US Coast Guard is right now stockpiling body bags far beyond the numbers being shown on the news. He implied that first responders are anticipating large numbers of dead from the flooding and the injuries. He described “proof of life” teams that are searching homes, retirement community buildings and other structures for evidence of whether individuals are dead or alive (so that family members, employers, etc., can be notified either way).

I also spoke with Tina from the Satellite Phone Store (SAT123.c0m) — a Brighteon sponsor — whose offices are located in Sarasota, Florida. They’ve been handing out satellite phones and Bivy sticks (two-way satellite messaging devices) to first responders and law enforcement up and down Florida’s West Coast and central counties. With the power grid down and cell towers not working for a large portion of the state, satellite devices are the only means of reliable comms.

They still have Bivy sticks available for purchase, by the way, which allow for satellite-based two-way text messaging communications. They have 1,000 satellite phones inbound by the end of October and are taking pre-orders for those phones, which will sell out immediately (sat phones haven’t been available all year due to the Ukraine war).

See my recent interview with a Texas border operator who uses Bivy sticks to communicate with interdiction teams that are helping to halt the flow of illegal weapons, drugs and human subjects across the open border:

Some areas of Florida look like an “atomic bomb” got dropped, Tina told me in an interview today. Total devastation, with barely anything left standing. Storm surges exceeded 20 feet of height in some areas, and high winds turned signage, roofs and other structures into projectile missiles (shrapnel) that shredded everything in sight.

The rebuilding of Florida, however, will be an extremely difficult endeavor given the fragile state of the supply chain for construction materials, including electrical supplies, plumbing parts, roofing material, lumber, tools, generators and more. Almost regardless of how much money is thrown at this situation, the lack of availability for these supplies (and the lack of labor) means that Florida will require not just months but years to return to pre-Ian status. Insurance companies are likely to squabble over payouts, too, resulting in extremely frustrating delays in reimbursement for damage, causing some people to decide to move and rebuild in another state altogether.

The good news is that Floridians are resilient, determined people and they are led by an extraordinary Governor (DeSantis) who is showing tremendous leadership in deploying state resources to help save lives and get people back on their feet. Florida isn’t a blue state run by clueless Democrats who have no idea how supply chains work. It’s a red state led by a governor who is likely going to see his own approval ratings skyrocket as he demonstrates the kind of post-storm leadership that makes him look more and more presidential.

But it’s the people of Florida who really deserve the credit for being so resilient and capable, even as they suffered tremendous destruction due to a disaster.

Hurricane Ian should be a reminder to us all that devastating events can strike at any moment with little warning, and they can escalate far beyond our expectations in terms of damage, disruptions and deaths. While those in Florida deserve our prayers and assistance, the rest of us should look upon this as a reminder that the time for all of us to get prepared is NOW.

Food scarcity is now a certainty for 2023 and years beyond.

Fuel prices are on the rise, and the Strategic Petroleum Reserve is nearly drained (gee, thanks Biden).

The world’s fertilizer supply is on the brink of collapse, and agricultural production has plummeted globally.

Geoengineering (weather weapons) has unleashed droughts, floods and possibly even hurricanes, devastating the food supply and thrusting the western half of the United States into a severe water shortage.

And then someone blew up the Nord Stream 1 and 2 pipelines, just to punish We the People a little bit more (or technically, the people of Europe).

A financial storm is already under way as the Ponzi stock market unravels and the fake fiat currency systems of the world teeter on the verge of collapse.

Finally, the insane, deranged leaders of the illegitimate Biden regime are trying to push the world into nuclear Armageddon just so they don’t have to go through with the mid-term elections and lose control of the US House of Representatives (and possibly even the Senate).

Hurricane Ian was devastating, and yet it was only a small taste of bigger storms yet to come.