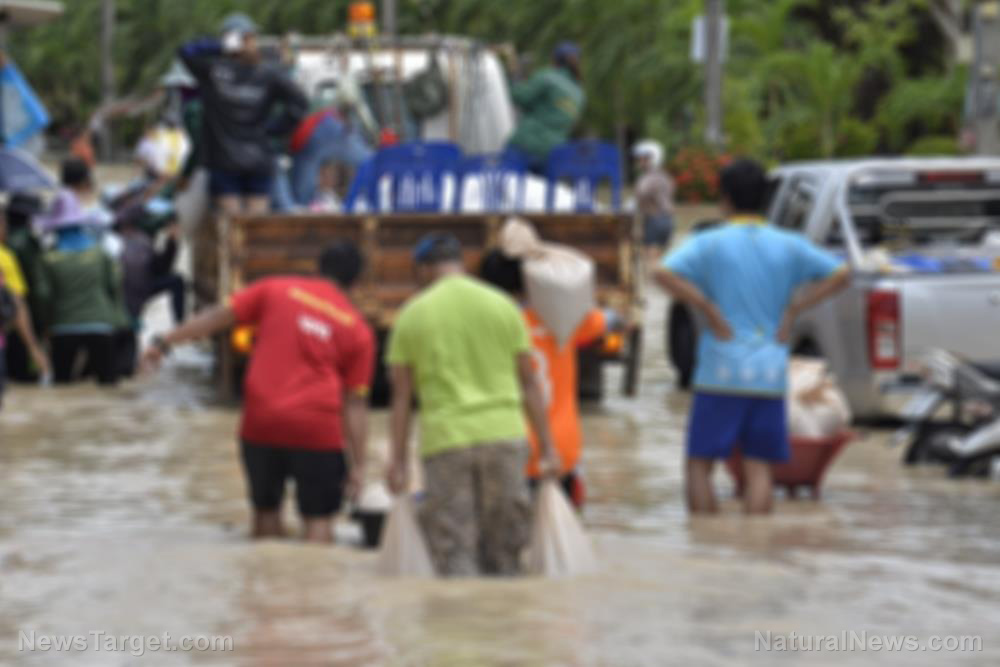 (Natural News) As Hurricane Ian descends back over the Atlantic Ocean to regain strength for a third landfall somewhere along the Carolina coast, Florida is reeling from all the damage, which has left at least 2.7 million customers without power.

Customers, by the way, means entire households or structures, each of which only counts as one even if there are, say, five people living in a home. This means that the number of people without electricity in Florida is double, triple, or even quadruple that 2.7 million figure.

This is a lot of people without power, the one silver lining is that Florida does not experience a cold, heavy winter like Minnesota or Wisconsin does. The bad news is that it could take years to restore and rebuild the hardest-hit areas, which are expected to see mass casualty events as the water subsides and debris is cleared.

At its peak, Hurricane Ian reached wind speeds of 155mph, which is just 2mph shy of the 157mph threshold to qualify as a Category 5 storm. This was a huge storm, in other words, and certainly one for the history books. (Related: Florida’s fertilizer hub took a direct hit from Hurricane Ian.)

Flooding from Ian a “once in a 500-year” event, declares DeSantis

“Tsunami-style” flooding, we are told, battered areas like Fort Myers and the barrier islands that surround it. Hundreds are feared to be dead, though the true number could be more into the thousands once the wreckage is all cleared.

Gov. Ron DeSantis described the mass flooding that took place as a “once in a 500-year” event. Many families were trapped inside their homes as flood waters rose. Some had to axe through their attic ceilings to avoid drowning.

Compared to Hurricane Michael, which made landfall at Mexico Beach back in 2018, Ian is already much more destructive in that the Fort Myers area is much more populated than Mexico Beach.

Several bridges connecting Fort Myers to barrier islands, including Sanibel Island, are now completely cut off from the mainland due to extensive damage to their structures.

Joe Biden declared the hurricane to be a “major disaster,” agreeing to free up funds to help the millions of people who will now suffer with no electricity, as well as the hundreds of thousands of people whose homes have been destroyed.

As of this writing, Ian has weakened to the point of becoming a tropical storm as opposed to a hurricane. But meteorologists are expecting it to restrengthen back to a hurricane once hitting the Atlantic and before striking what appears to be the Charleston, S.C., area of the Carolina coastline.

Damages from Ian are expected to top $260 billion. Much of the affected area is still underwater, which means clean-up efforts will have to wait until the water subsides.

Lee County Sheriff Carmine Marceno told the media that he expects “fatalities in the hundreds” – and that is just for that one county. Other nearby counties are still assessing the situation.

“While I don’t have confirmed numbers, I definitely know the fatalities are in the hundreds,” he said.

“Thousands of people are waiting to be rescued, I cannot give a true assessment until we are on scene assessing each scene and we can’t access people — that is the problem.”

Marceno went on to state that this is clearly a “life-changing event,” not only for area residents but also for “the men and women who are responding.”

“This is a life-changing event for all of us,” he added.

As the damage from Hurricane Ian continues to be assessed, we will keep you up to date about the latest at Disaster.news.