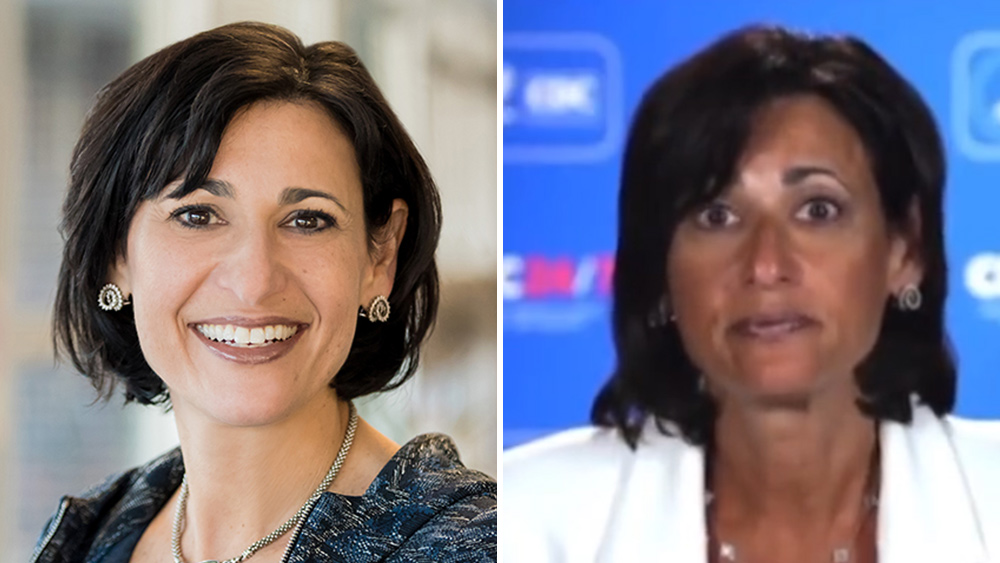 (Natural News) The U.S. Centers for Disease Control and Prevention’s (CDC) Rochelle Walensky is back in the news, this time as a “black” woman.

Walensky appeared on MSNBC this week in blackface (and black chest) to push Americans to drag their children in for the all-new two-in-one “vaccine” for the Fauci Flu (covid) and seasonal influenza.

“There’s no way to know how bad a flu season is going to be, um, but we are, um, hearing potential for it to be a severe season,” a really dark Walensky stated to the host. “And we would encourage vaccines.”

The Rachel Dolezal wannabe went on to urge people over the age of 65 to get the “high-dose” vaccine. She then urged parents to vaccinate children as young as six.

“You can get your flu vaccine and, uh, your covid vaccine at the same time,” she added. “We have nearly half a million people from studies last year that have demonstrated that if you get them at the same time, then you sacrifice nothing in terms of either safety or effectiveness.” 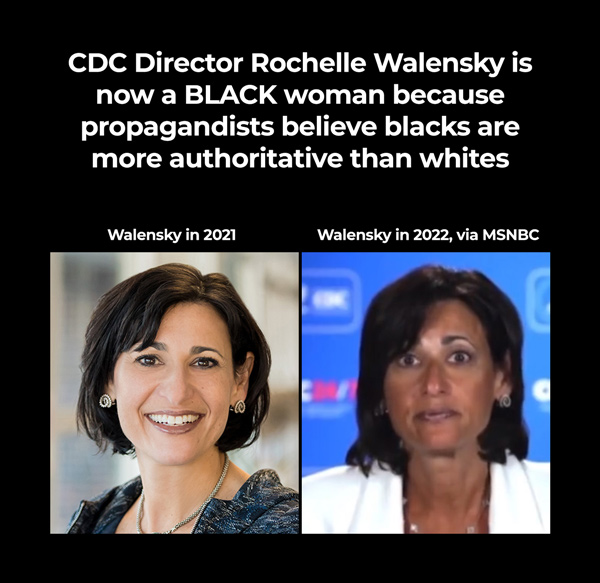 The demons are being unleashed

The entire time the segment rolled, both Walensky and the host acted as though nothing was remiss. It is apparently perfectly normal for the head of the nation’s top public health agency to suddenly appear as a different race.

Some suspect that Walensky went and over-tanned herself on purpose to appeal to black Americans, who are among the least likely to have gotten injected for the Chinese Virus.

Both blacks and Hispanics have turned down the injection in greater numbers than white people, so this could be Walensky’s attempt at pretending to be black to pander to African Americans.

It is also possible that MSNBC deliberately oversaturated Walensky’s camera to make her appear more black than she really is (Walensky is Jewish, not black).

CNN did this in the past with Hispanic criminals, for instance, which were filmed with a washed-out lens to make them appear white. All throughout the Donald Trump years, media networks of all political flavors did the same thing to him, except using an orange tint.

It should also be noted that Walensky appeared this year on the National Newspaper Publishers Association’s (NNPA) “Let It Be Known” program, the NNPA being a trade association that represents some 230 different African American newspapers and media companies, which comprise the Black Press of America.

Black people remain the toughest sell when it comes to covid injections, so it makes sense that Walensky and others of her persuasion would try to employ gimmicks such as skin oversaturation on television – or maybe she really did hit the tanning booth before her most recent appearance.

Considering she had a glaring white patch on her forehead and around her eyebrows during the segment, this writer is convinced that she either got a spray tan or sat in a tanning bed before appearing on MSNBC.

“It also looks like she’s had a few drinks,” one commenter wrote about Walensky’s more-bizarre-than-usual cadence and body language during the interview.

“There are no words for this other than dystopian reality,” wrote another about the whole situation.

“She looks terrible in that video,” added someone else. “I wonder if her recent boost caused her to look like a burn victim.”

“Why does she have that look,” chimed in someone else. “It looks like she has reptile eyes and is barely holding on for life.”

“She’s a new devil,” added another. “She sold her soul and it will become increasingly more apparent as time goes on until she looks like Nancy Pelosi.”

More of the latest news about media deception can be found at Propaganda.news.