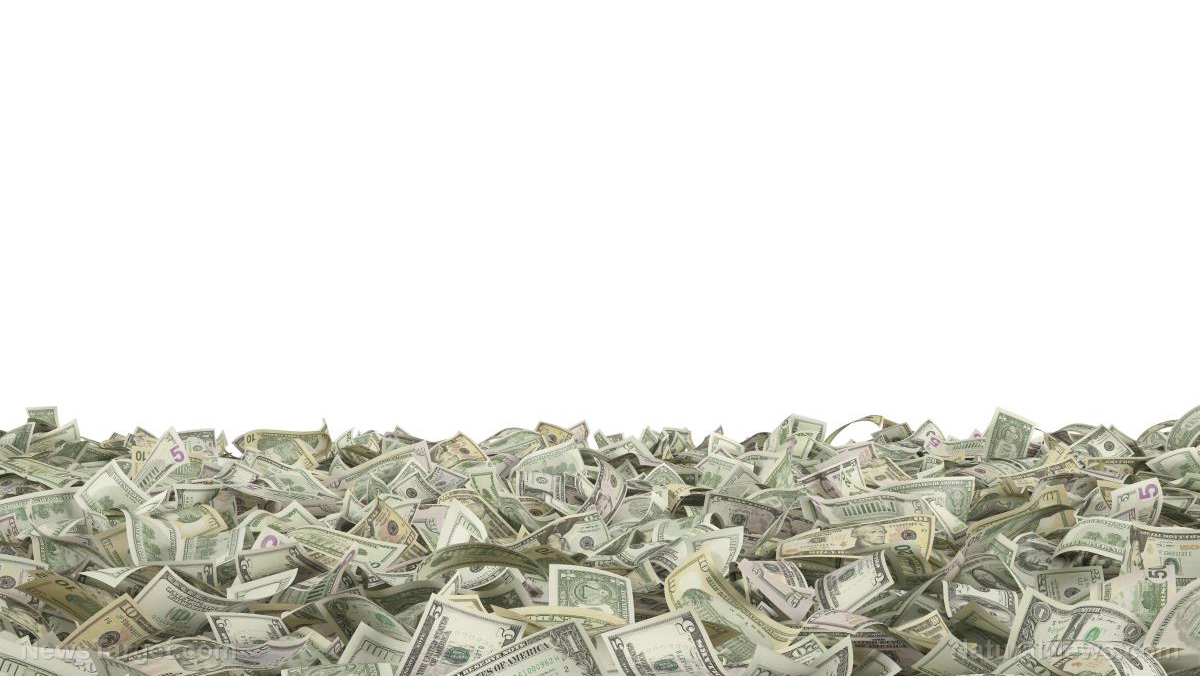 (Natural News) Not since the 2008 financial crisis has communist China’s yuan currency been as weak as it is now, which has prompted the People’s Bank of China to issue a warning about a coming dollar dump and yuan buyback.

All major state-run banks in China have been told to prepare for this coming event, which will aim to hike up the failing yuan, which fell 0.9 percent to 7.1340 against the dollar this week – its worst annual decline since 1994.

So far this year, the yuan has lost 11 percent of its value, while the U.S. dollar has reached 20-year highs due to “hawkish” policies from the Federal Reserve. (Related: America’s fiat money system is nothing more than a Ponzi scheme that benefits the rich.)

The amount of dollars that China plans to sell has not yet been decided. What we do know is that the move will primarily involve state banks’ currency reserves, including offshore branches in Hong Kong, New York and London.

There exists a psychological threshold of 7-per-dollar for the yuan that was recently breached, hence the People’s Bank of China’s new proposition. China’s hope is that it will prop back up the yuan and combat the Fed’s “reverse currency war.”

The People’s Bank of China has consistently imposed a strong bias to its currency reference rate for the purpose of supporting the yuan. The private central bank has also issued verbal warnings against speculating on the yuan, as well as increased the cost of shorting the currency.

Instead of raising benchmark rates, the People’s Bank of China has instead been easing them in an attempt to spark growth amid an economy shattered by Fauci Flu (covid) lockdowns, the Chinese real estate crash, and flailing supply chain conditions.

According to Reuters, some of communist China’s efforts to save the yuan “against an unstoppable dollar” have been successful, but will they ultimately be enough?

“Considering the strength of the dollar, we now expect (the dollar / yuan rate) to trade around 7.40 around October and November,” said SEB in a note.

Over the past month, expectations of future volatility priced into one-month yuan options have doubled. This is a sign that investors do not foresee China’s new measures to work as hoped.

The stakes are said to be high, seeing as how China is entering a week-long national holiday. Efforts to stabilize the yuan rate remain critical as the ruling Chinese Communist Party (CCP) is set to open its once-in-five-years congress on October 16.

Capital outflows are fueling financial instability across the nation, which is only being exacerbated by the weakening yuan. Foreign investors reportedly cut holdings of Chinese bonds for the seventh straight month in a row in August.

“The yield gap between China’s benchmark 10-year government bonds and the U.S. Treasury for the same tenor is hovering at the widest in 15 years.”

According to Ju Wang, head of Greater China FX and rates strategy at BNP Paribas, China’s central bank must learn how to create a balance between being market-oriented and “ensuring financial stability.”

More related news coverage about the U.S.-led reverse currency war can be found at DollarDemise.com.