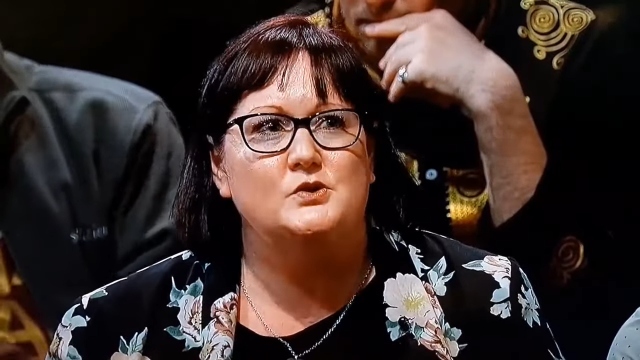 (Natural News) Conservatives the world over — people who eschew left-wing pseudo-science and cultural extremism like 16 genders and new types of pronouns — need to come to grips with the reality that, if leftists had their way, conservatives would be locked up in prison camps — or worse.

One of them made that very plain earlier this week in Great Britain during a televised discussion.

“A former NHS nurse has sparked outrage for claiming that people who vote Conservative do not deserve to be resuscitated by those working for Britain’s publicly funded healthcare provider,” ReMix reported, citing a video clip of the interview.

“Speaking as an audience member on Jeremy Vine’s Channel 5 show, ‘Britain on the Brink,’ Miranda Hughes said that if you have voted Conservative, you do not deserve to be resuscitated by the NHS,” the outlet continued.

The woman in question said that previously she had been a nurse working for Britain’s National Health Service (NHS) but said that the job became too much for her.

“I could not handle the emotional stress of not being able to deliver for my patients. You are squeezed to a point where you cannot treat people the way you want to treat them,” she told the political program.

Registered nurse Miranda Hughes says she is being sacked for saying Tory voters do not deserve to be resuscitated by the NHS.

Does she deserve to lose her job? pic.twitter.com/kimJqI7V4H

Later, she admitted that her remark was “harsh” but then slammed the lack of government resources available to “compassionate” NHS nurses without noting the hypocrisy. She also somewhat backtracked on the head-turning statement and claimed that if she had to, she would save the life of a Conservative voter. Nevertheless, she insisted: “It is appalling the way we have been treated.”

So really, she’s no different that far-left Americans in wishing ill on her political opponents.

Needless to say, social media users did not let her get away with the outrageous comment.

Former British member of Parliament Martin Daubney, who voted for Britain to leave the European Union, said: “How can a nurse who is responsible for the health care of others continue in her job, if she believes 14 million patients should be left to die? The two are wholly incompatible: she must go. This isn’t ‘cancel culture’. It’s the consequences of being an unbridled bigot.”

“As others have already pointed out there is a code of conduct for nurses and other health professionals which she clearly does feel applies to her and she is free to disregard it. She must have known that being sacked would be a likely outcome,” another user noted.

As others have already pointed out there is a code of conduct for nurses and other health professionals which she clearly does feel applies to her and she is free to disregard it. She must have known that being sacked would be an likely outcome.

The left is evil, and they are blatant about it.