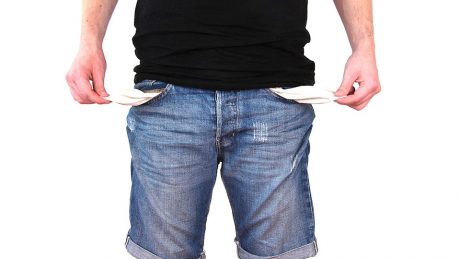 Could it be any more clear? They are coming for your wealth, in the name of racial equality. If you are white, obviously you procured your assets on the back of innocent black bodies and the ghost of equity of is coming to haunt you. Dickens nailed it… the ghost of racial equity past, present, and future is coming for white people’s wealth…[Treasury Creates Racial Equity Committee to Narrow Economic Disparities: A new advisory group will help guide the Biden administration’s efforts to promote economic equality., New York Times, October 4, 2022]:

WASHINGTON — The Biden administration is deepening its effort to focus on reducing racial inequity with the formation of a new advisory committee that will help the Treasury Department carry out policies that aim to narrow economic disparities faced by communities of color.

The Treasury Advisory Committee on Racial Equity will include 25 members from academia, business and advocacy groups. It will convene four times a year to evaluate and offer guidance to the Treasury Department and its leadership on an array of programs that touch nearly every corner of the economy.

Biden administration officials say the focus on equity will help unlock economic potential that has for decades gone untapped.

“The steps we take here to think about racial equity aren’t only about moral issues, but how we can further our economic agenda by expanding the potential of the economy,” Wally Adeyemo, the deputy Treasury secretary, said in an interview. Mr. Adeyemo noted that the biggest gaps in labor force participation occur in marginalized communities.

Mr. Adeyemo said members of the committee would offer advice on a broad range of policy areas, including taxes, the modernization of the Internal Revenue Service and the implementation of the Inflation Reduction Act, which President Biden signed into law this year. Members will be expected to be “on call” to weigh in on matters relevant to their expertise.

Yet the administration’s focus on equity has at times drawn a backlash.

A program that was created as part of the American Rescue Plan of 2021 to offer debt relief to Black and other farmers of color was blocked after groups of white farmers filed lawsuits claiming that the policy discriminated against them.

Vice President Kamala Harris attracted criticism when conservative commentators accused her of suggesting that communities of color should be prioritized for hurricane relief. White House officials said on Monday that all communities would quickly receive help but that the Biden administration was mindful that poorer communities often had a hard time gaining access to assistance.

Racial equity is nothing more than redistribution of white wealth. And it’s the explicit platform of the Biden Administration.