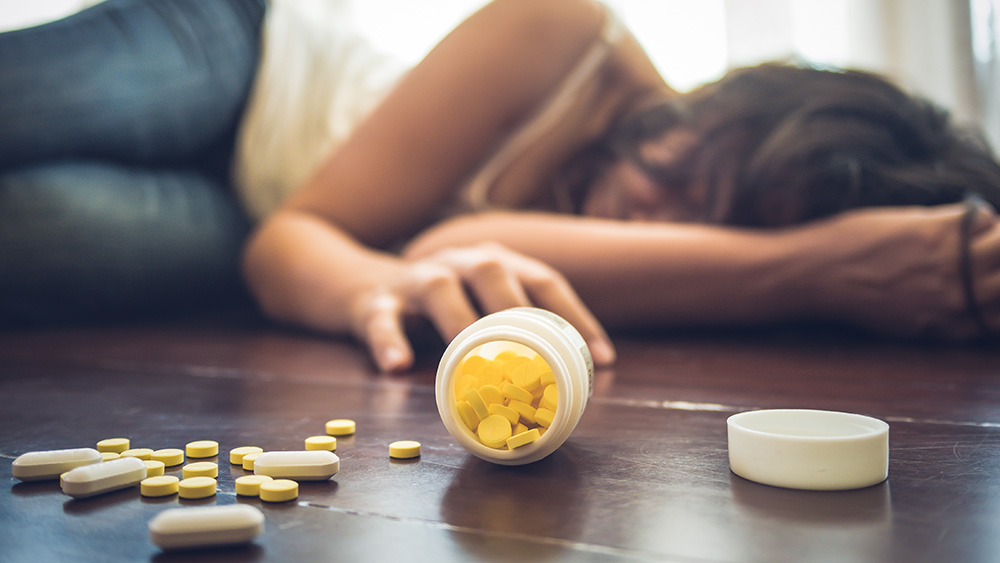 (Natural News) Some of the most common pharmaceutical drugs for cardiovascular disease can have dangerous interactions with Pfizer’s new Wuhan coronavirus (Covid-19) drug Paxlovid.

According to a new paper published in the Journal of the American College of Cardiology (JACC), Paxlovid’s combination of nirmatrelvir and ritonavir interacts negatively with the CYP450 pathway, which is involved in metabolizing a number of pharmaceutical medications.

Ritonavir, which was first approved in 1996 by the U.S. Food and Drug Administration (FDA) to treat HIV, is guilty of CYP450 damage, as well as damage to the P-glycoprotein drug efflux pump.

“Co-administration of [Paxlovid] with medications commonly used to manage cardiovascular conditions can potentially cause significant drug-drug interactions and may lead to severe adverse effects,” the study’s abstract reads.

“It is crucial to be aware of such interactions and take appropriate measures to avoid them.”

Paxlovid also interferes with some blood-thinning drugs, increasing the risk of severe and potentially deadly bleeding. We also know the antiviral drug can make statin heart drugs more toxic than they already are.

“Awareness of the presence of drug-drug interactions of Paxlovid with common cardiovascular drugs is key,” said lead author Dr. Saru Ganatra, M.D., who works at the Lahey Hospital and Medical Center in Burlington, Mass.

Ganatra went on in a statement to warn physicians that they must pay very close attention to patients prescribed Paxlovid because of the very serious risks involved in taking the drug.

Patients already on other potentially interactive medications need to know that they should not take Paxlovid – or at the very least that they should have a “consultation” with healthcare providers and pharmacists to minimize their risk.

The FDA’s fact sheet for Paxlovid states all of this as well, warning that patients could die if they take the drug alongside other interactive drugs, including anti-seizure medications, drugs for irregular heart rhythms, drugs for high blood pressure and high cholesterol, antidepressants and anti-anxiety medications, steroids, HIV treatments, blood thinners, and erectile dysfunction medications.”

The fact that Paxlovid contains an anti-HIV drug component only further affirms that covid “vaccines” are giving people vaccine-induced AIDS, also known as VAIDS. Politicians like Tony Fauci and Joe Biden, who supposedly got vaccinated and later took Paxlovid, further suggest this connection.

“Remember, fraud nullifies immunity,” wrote a commenter about what Pfizer CEO Albert Bourla and the other Big Pharma kingpins involved in this scam have to look forward to. “It’s coming, you b***ards.”

“If you take any Pfizer product, you’re insane,” said another, pointing to the drug giant’s extensive history of fraud and criminality.

“If you trust Big Pharma, you’re insane,” interjected another about how they are all untrustworthy and guilty of serious crimes against humanity.

Someone else pointed out that Paxlovid is a rip-off of ivermectin that obviously failed, at least in the sense of being beneficial for human health.

“Remember when these same people were telling you ivermectin would kill you?” this person further wrote. “Irony.”

“Not to worry: they are currently testing a new drug to counteract any adverse reactions to Paxlovid,” joked another about the merry-go-round of drugs that Big Pharma continues to dispense.

“So far, only four of the eight mice in the trial have died,” he further joked. “FDA approval expected next week.”

The latest news about the covid scamdemic can be found at Pandemic.news.