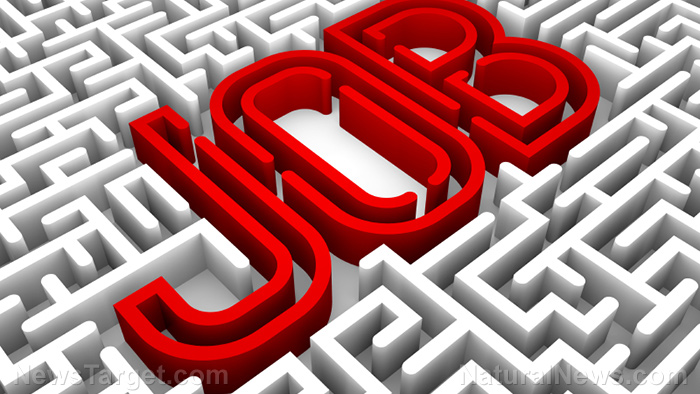 (Natural News) Listening to the rhetoric of the Biden regime and its Operation Mockingbird media press-titutes, one might be led to the false belief that the American economy is doing just fine. The truth, however, is that companies everywhere are laying off people by the many thousands.

We compiled a list of some of the biggest and most well-known companies that are shedding employees this year. What you are about to read paints a much more accurate picture of the true state of the United States economy.

Some media outlets are finally coming around to using the word recession now that it is undeniably clear that something is very, very wrong. A more accurate descriptor is probably the word depression, as Americans will soon see once the unraveling reaches critical mass.

E-commerce company Wayfair, as our first example, is reportedly laying off 870 employees, or about 5% of its overall workforce, this year. These layoffs represent about 10% of the company’s corporate workforce, costing the company upwards of $40 million for severance and benefits.

There is also Robinhood, a brokerage firm that is letting go some 1,000 employees. After a dismal IPO (initial public offering) on July 29, the company’s stock price has only cratered. (Related: Around the launch time of the covid scamdemic, Boeing announced a massive layoff of some 16,000 employees due to faltering orders for new airplanes.)

The American economy is in shambles, despite the propaganda

The 7-Eleven convenience store chain is axing some 880 employees, all in corporate positions. Inflationary pressures are just too much to keep them, the company indicated.

The Vimeo video streaming platform is reportedly laying off six percent of its employee base. The company says it fears the U.S. is entering a recession and wants to get ahead of the ongoing crisis.

Then we have Tesla, Elon Musk’s baby, which laid off 229 employees back in June, according to WARN filings. The layoffs primarily affect workers in Tesla’s autopilot division, which is crashing and burning much like Tesla vehicles that continue to drive themselves off the road and explode for no apparent reason.

Denver-based RE/MAX, the real estate giant, is trimming 17 percent of its employee base, amounting to 120 employees. By the end of the year, all affected employees, including in the company’s technology division, will be gone.

Tech giant Microsoft is another major corporation that is losing employees, in this case 1,800 of them. The layoffs began on June 30 and will continue until one percent of the company hits its desired target.

JPMorgan Chase & Co. is likewise removing 1,000 employees from its home-lending ranks. Some of them may be reassigned to other divisions within the banking network.

Coinbase, a major cryptocurrency exchange, saw its workforce be reduced by about 18 percent, as of the end of the second quarter of 2022. The affected employees were notified by email that they had been let go, and some realized what happened only after trying, but failing, to log into their work email accounts.

Carvana lost about 2,500 employees this year, representing 12 percent of its workforce. This occurred after the online used car retailer’s reports showed dismal profits, an indicator that Americans are buying and selling far fewer cars.

Netflix is shedding 300 employees, we are told, representing three percent of the company’s workforce. A dwindling subscriber base largely caused by Netflix’s “woke” agenda continues to drive the former Blockbuster competitor straight into the ground.

And how about Twitter, which cut 100 employees this year? Well, we all know how things are going for that censorship extravaganza and the Elon Musk circus that surrounds it.

Check out the full list to see the many other American companies that are laying off employees this year.

As the world crumbles all around us, we will keep you informed about the latest at Collapse.news.