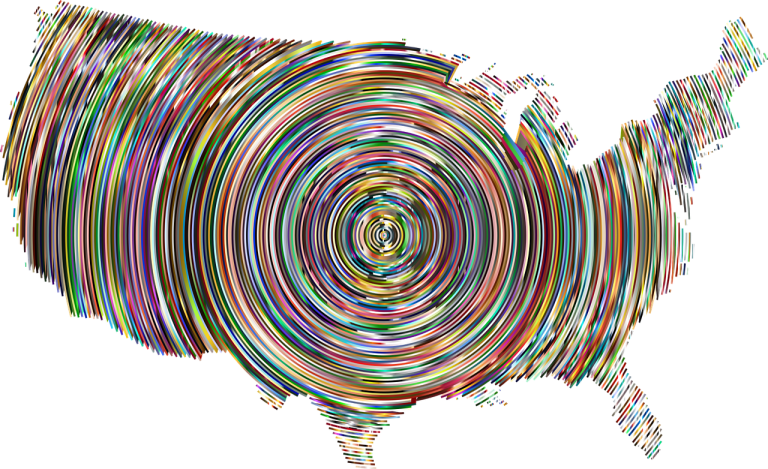 Once upon a time, Ronald Reagan described America as a “shining city on a hill” that the rest of the world could look to for inspiration.  Well, those days are gone.  So what is our pitch now?  Come visit America where you can watch people buy fentanyl-laced drugs in our open air drug markets and where addicts are free to defecate on the sidewalks whenever they want?  And don’t forget about the rats.  We have armies of those, and I’m not just talking about the politicians.  In the middle of the 20th century, most of our major cities were safe, clean and full of hard working industrious people.  But now many of our major urban areas have become crime-infested hellholes that are absolutely teeming with predators.

The only example that we seem to be setting for everyone else on the planet is a bad one.

Just look at what has happened to San Francisco.  It is one of the wealthiest cities in the entire world, and at one time it was incredibly picturesque.

But now crime, drugs and organized looting have made many areas of the city almost unlivable.

This week, Cotopaxi CEO Davis Smith created quite a stir when he explained why his company is closing a store in San Francisco that it opened just last year…

We opened a retail store a year ago on Hayes Street, the charming shopping district just blocks away from the famous Full House home. Our first week there, our windows were smashed and thousands of dollars of product was stolen. We replaced the window, and it immediately happened again (four times). We replaced with window with plywood as we waited for a month+ to get a metal security gate installed (demand for those gates is creating huge delays). As of today, we are closing the store due to rampant organized theft and lack of safety for our team. Our store is hit by organized theft rings several times per week. They brazenly enter the store and grab thousands of dollars of product and walk out. We started keeping the door locked and opening it only for customers, but even then, they’ll have a woman go to the door, and then hiding individuals rush into the store as soon as the door opens. Our team is terrified. They feel unsafe. Security guards don’t help because these theft rings know that security guards won’t/can’t stop them. It’s impossible for a retail store to operate in these circumstances, especially when cities refuse to take any action (despite us paying taxes well above any other state we operate in). The city recently announced a reduction of police presence in this neighborhood, despite mass-scale crime.

It makes me sad that I’m now avoiding San Francisco, a city I used to love. Last time my wife and I went in 2020, a drugged up person ran up to my wife’s face and started screaming some of the most obscene things I’ve ever heard. She was terrified. During a previous trip, my rental car was broken into and everything was stolen out of our trunk. When calling the police to report the theft, they let us know this happens hundreds of times per day in the city and said it was our own fault for parking in the street. I grew up in Latin America and spent much of my adult life there, and I never felt this unsafe there. Something has to change in San Francisco.

How in the world could we possibly allow things to get this bad?

The rest of the world is literally laughing at us.

Sadly, other major cities along the west coast are also rapidly degenerating right in front of our eyes.  The following comes from a Daily Mail article about the open air drug trade that is going on in Portland…

From his porch, near Dawson park, he can watch cars pull up, buy drugs and move on in seconds. All in front of a Baptist church.

Almost on cue, half a block away a black sedan with tinted windows stopped in the middle of the street. A mini-skirted woman leaned through the window before strolling slowly to a parked car to collect something.

Meanwhile, a gaggle of men in ragged clothes clustered together, sharing around a small wrap of meth.

Nobody wants to raise a family in such an environment.

And that is why there has been a mass exodus from Portland in recent years.

Unfortunately, our drugs problems are not going away any time soon.

Thanks to a severe lack of border security, more drugs come pouring into this country on a daily basis.  According to the official website of the State of Texas, in just 12 months law enforcement authorities were able to capture enough fentanyl “to kill every man, woman, and child in the United States”…

Last year, almost 1,700 Texans lost their lives because of fentanyl. Fentanyl is the number one cause of death in Americans between the ages of 18 and 45. From February 2021 to February 2022, more than 75,000 Americans died as a result of fentanyl-related overdoses. In the past year, Texas law enforcement alone has seized over 342 million lethal doses of fentanyl—enough to kill every man, woman, and child in the United States.

This is just one state!

And if Texas law enforcement was able to intercept this much fentanyl, how much more fentanyl got through that they weren’t able to detect?

At this point, our nation is literally swimming in fentanyl-laced drugs.  In Pennsylvania, one voter recently told Dr. Oz that it is now “easier to get fentanyl than it is to get baby formula in Philadelphia”…

“It’s easier to get fentanyl than it is to get baby formula in Philadelphia,” a voter told surging U.S. Senate candidate Dr. Oz this week.

That has got to be an exaggeration.

As our major cities descend into squalor, rat populations are absolutely exploding.

This has become a major issue in New York City, and the new mayor is promising to take bold action against the “sea of rodents” that are seemingly everywhere these days…

As ‘nature heals’ following more than two years of lockdowns, New York City is tackling a “sea of rodents”that has taken over the streets.

In a Monday press conference, Mayor Eric Adams and crew announced that the city would be limiting the window for residents to put their trash on the curb from 4pm to 8pm.If residents have sealed containers, they can place them outside no earlier than 6 pm.

Hopefully something can be done, because one of our most important cities should not be drowning in rats.

Late last year, it was being estimated that the rat population in the Big Apple had risen to approximately two million…

This will come as no surprise to anyone but New York City has a rat problem.

Two million rats call the city home, thriving on the streets, in sewers, in both abandoned and un-abandoned buildings, in the parks, in the subways, in shoe stores and in restaurants.

Of course we have plenty of other attractions if you aren’t into crime, drugs or rats.

For example, we have some of the most bizarre diseases on the entire globe.  In fact, there is a very alarming outbreak of flesh eating bacteria down in Florida right now…

As of last Friday, the Sunshine State reported 65 infections of Vibrio vulnificus this year, while there were only 37 cases reported prior to the storm that made landfall on Sept. 28, according to Florida Department of Health data.

Lee County, home to the Ian-ravaged communities of Fort Myers and Sanibel Island, accounts for most new cases of Vibrio vulnificus, which eats away at the flesh in open wounds.

Needless to say, I am being facetious.

Once upon a time, we were the most blessed nation on the face of the Earth.

But now it seems like almost everything is cursed.

If we stay on the path that we are currently on, the future of our country looks incredibly bleak.

So we desperately need to change course while there is still time to do so.