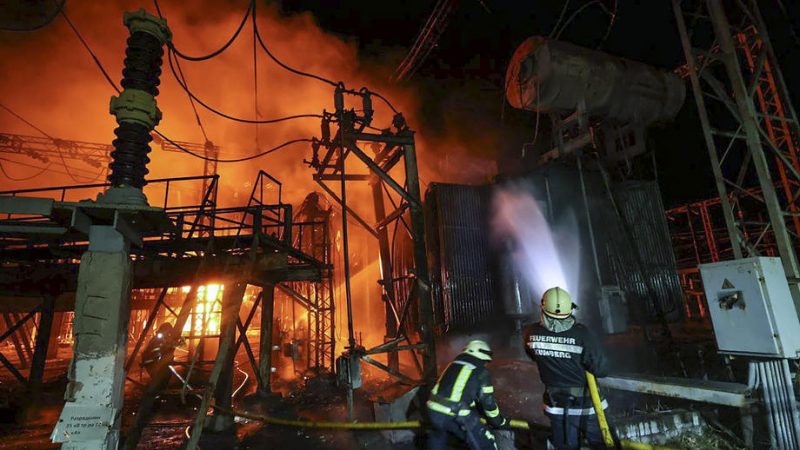 There comes a point in the lifespan of any economic or political analysis when most of your observations or predictions either become mostly wrong, or mostly right. If you have done your job properly through due diligence, research and applied practical insight, then you will be in a position to point out why the dominoes are falling. People have to understand how these events were predictable so that the can prepare better in the future.

The mainstream media, politicians and global banks will tell the public that “no one could have seen these events coming.” This is a lie. Some of us in the alternative fields did see them coming and with considerable clarity. The establishment and their defenders don’t want you to know that. They will deny up and down that we predicted anything; they’ll claim that we don’t exist, that our analysis never happened, or as a last ditch effort they’ll claim that they saw it all coming before we did.

The mainstream officials and analysts have to maintain their image of public authority, and they can’t do that if “upstarts” in the alternative arena are constantly right while they are constantly wrong. They have all the fancy Ivy League degrees, after all.

In my article ‘The Globalist Reset Agenda Has Failed – Is Ukraine Plan B?’, published in January of this year, I outlined why I believed that a war between Ukraine and Russia was the most likely crisis to follow after the hype of the covid pandemic faded away.

In my article ‘Ukraine Learns The Value Of An Armed Citizenry, But Far Too Late’ I argued the high probability that NATO troops were already on the ground in the region and not just as advisors. According to mounting evidence it is clear that western troops are active in Ukraine and that US and European intel are essentially running the war. In some cases this has been openly admitted. And why wouldn’t they be running the war? It’s being fought entirely with NATO money and NATO weapons.

Then, recently I predicted that the Kremlin was poised to shift strategies, rather than trying to hold larger swaths of territory I believed they would instead seek to use a “tenderizing” strategy and destroy the bulk of Ukrainian infrastructure, specifically electricity and water grids. In my article ‘Escalation: Recent Events Suggest Mounting Economic Danger’ published a month ago I stated that:

“With the amount of propaganda coming from Ukrainian Intelligence and NATO, it’s hard to say what is actually happening, but I suspect Russia is changing strategies and repositioning to deploy missile and artillery bombardment of infrastructure, including power grids and water.”

“This is a tactic that Russia has avoided for months, which is surprising because one of the first measures usually taken by the US during an invasion is to eliminate most key infrastructure (as we did in Iraq). You would think Russia would have done the same, but perhaps they were saving that scenario for winter when it is harder for Ukraine to cope…This would make Ukraine essentially unlivable in the coming winter for most of the population.”

This past week my latest prediction came true, with Russia now striking multiple infrastructure targets using cruise missiles and drones and taking down at least 60% of Ukraine’s electrical grids. These grids are now rerouted to provide SOME power to the affected regions, but in the best case scenario they are only able to be active for 5 hours a day. Kyiv city authorities called on residents and businesses to limit electricity consumption from 5pm until 10pm and urged owners of advertising signs to turn off their lights during this time.

Ukraine has halted all energy exports to Europe in response to the grid damage. Meaning, the EU just lost even more of their primary energy resources on top of the loss of Russian gas and oil.

Some people might claim that the missile attacks were impromptu and were only triggered by the partial destruction of the Kerch Bridge by a Ukrainian truck bomb. This is false. According to Ben Hodges, a retired U.S. general, the intensity and volume of the attacks indicated they were planned well in advance of the weekend’s explosion on a bridge linking Russia and annexed Crimea. Meaning, Russia was going to strike Ukraine infrastructure regardless.

But what does all this mean, and what happens next?

My track record on the crisis has been accurate so far, but you don’t need a crystal ball to see where this situation is headed. First and foremost, the propaganda war is going to go into high gear, with Russia widely condemned for “genocide” as Ukraine civilians face a long winter with little to no electricity and minimal clean water.

To put this in perspective, however, when the US invaded Iraq for the second time during Operation Iraqi Freedom, we annihilated most vital grid resources and left millions of Iraqis without power or water. Hundreds of thousands of civilians died during the war, many of them due to lack of basic necessities. So, we need to be careful about how we throw around the word “genocide,” our glass house breaks just as easily as any other.

I would remind readers that I have no personal interest in either side of this conflict, I’m only interested in the facts on the ground and how they affect the rest of the world and America in particular. I don’t trust Vladimir Putin with his long running ties to globalists in the WEF and his friendship with Henry Kissinger, and I certainly don’t trust the puppet government in Ukraine. I suspect this conflict has been instigated to the benefit of global elitists, and I gave all my reasons why at the very beginning of the war.

I would also remind readers that not long ago there was an aggressive push by Democrats and some GOP Neo-cons to get the American public to support deep US involvement and possibly open troop deployments to Ukraine. This attempt failed for the most part, but they will try again as the conflict escalates. Words like “genocide” are used liberally by propagandists to induce emotional outrage, but these people are rarely honest.

That’s not to say Ukraine isn’t facing disaster, far from it. Until now, they have enjoyed amenities which are rarely available to a country in the midst of invasion, including power and internet communications. This is now changing. As grid systems continue to fail or be destroyed by targeted strikes it is inevitable that millions more Ukrainians will seek to leave the region as refugees to neighboring countries. The influx will definitely create a humanitarian crisis.

Furthermore, the calls by NATO governments for direct intervention will increase to a constant roar and the mainstream media will try to amplify the saber rattling as much as possible.

Ukraine will turn to more asymmetric strikes within Russia, using multiple guerrilla or terrorist actions, more so to elicit a wider response from Russia that might lure America and the EU into open engagement.

Russia will simply bide their time. They are facing minimal economic pressure given they are enjoying an explosion in energy profits and their close trade ties with China and India. All Putin has to do is wait for the NATO weapons and money to run out, which they will, sooner rather than later. From a strategic perspective, it makes sense for Russia to continue targeted strikes rather than trying to grab more territory. That said, a prolonged conflict also helps the establishment as a distraction from the economic crisis that they have caused.

Putin would never admit it, but the Russian presence in Ukraine serves many globalist interests.

The automatic assumption people will make is that if one nuclear bomb goes off, then ALL the nuclear bombs will go off. This is not necessarily true. A regional strike, most likely by Russia or at least blamed on Russia, would actually be beneficial to globalist interests who could use the image of a mushroom cloud over Ukraine as a tool of ultimate fear and panic. The public might be more malleable and controllable if they thought evil Russians with nukes are about to erase them.

An actual global nuke exchange would NOT be so advantageous for the establishment, as the outcome would be completely unpredictable and the vast infrastructure they have spent generations building would be eliminated in the blink of an eye. I think the globalists will do everything in their power to avoid a worldwide nuclear calamity, but they would certainly try to use the threat to their advantage.

Ukraine’s energy crisis will dovetail with Europe’s impending energy crisis this winter and I doubt there will be many countries in the EU that will avoid economic and supply chain breakdowns. The extent of the crisis will be determined by the harshness of the winter.

As far as America is concerned, I continue to worry most about political optics. I am already seeing a narrative floating around social media platforms that conservatives are complicit with Russia and that in some cases groups that stand against the draconian policies of the establishment and the Biden Administration are actually “Russian agents.”

The strategy here is so transparent it’s almost laughable. As Biden continues to overstep and continues to beat his war drums against half the US population, the claim will be that those of us who respond or resist are not “freedom fighters,” but paid Russian saboteurs. Even those of us that have been fighting this fight for decades will be accused of “treason” and “insurrection” instead of simply defending ourselves against tyranny.

The time is coming for the ultimate gaslighting of the American citizenry – They will try to take away our freedoms and everything we have and accuse us of being villains and foreign agents at the same time. This IS the endgame of the East/West paradigm, at least for Americans. But, if we can see it coming then we can at least prepare for it and warn as many people as possible before it happens.

If you would like to support the work that Alt-Market does while also receiving content on advanced tactics for defeating the globalist agenda, subscribe to our exclusive newsletter The Wild Bunch Dispatch.  Learn more about it HERE.

After 14 long years of ultra-loose monetary policy from the Federal Reserve, it’s no secret that inflation is primed to soar. If your IRA or 401(k) is exposed to this threat, it’s critical to act now! That’s why thousands of Americans are moving their retirement into a Gold IRA. Learn how you can too with a free info kit on gold from Birch Gold Group. It reveals the little-known IRS Tax Law to move your IRA or 401(k) into gold. Click here to get your free Info Kit on Gold.