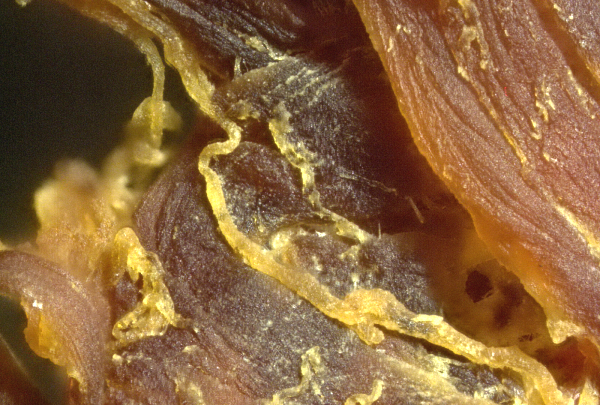 (Natural News) Could it be that Wuhan coronavirus (Covid-19) “vaccines” are shedding graphene and who knows what else onto the unvaccinated, destroying their bodies in a similar way to the “fully vaccinated?” According to Dr. Philippe van Welbergen, this is exactly what is happening.

Welbergen has taken a particular interest in the graphene component of the shots, which appear to be self-assembling inside people’s bodies as large fibers and unidentified structures that turn to clots.

In some cases, these clots are gaining magnetic properties that Welbergen and others believe are capable of facilitating an electrical charge. These are complex bio-structures, in other words. (Related: Evidence shows that covid “vaccine” vials do, in fact, contain graphene oxide.)

Up until now, it was mostly believed that these graphene-based clots stick with the person into whom they were injected. But there is now evidence to suggest that the unvaccinated might be picking them up as well via shedding.

If you’re unvaccinated, stay away from the vaccinated as much as possible

The medical director of a place called Biomedical Clinics, Welbergen was one of the very first experts to warn the public about the blood damage caused by Fauci Flu shots.

Last year, he released images of blood samples that he captured under a microscope. Those images showed a disturbing presence of strange artifacts described as “tube-like structures” and particles that “lit up and damaged many cells.”

Many of Welbergen’s patients started to develop strange symptoms not long after covid injections were unleashed through Operation Warp Speed, which is why he first began investigating the matter.

Patients that got jabbed would complain about sudden bouts of chronic fatigue, dizziness, memory problems and even paralysis. Women well past reproductive age were suddenly having periods again as well.

The blood samples collected from these patients revealed that the graphene-generated structures had all but completely decimated every blood cell in sight.

Prior to Operation Warp Speed, Welbergen had never before seen such formations occurring in patients’ blood. They clearly started forming once the shots started going inside arms, though few besides Welbergen were brave enough to admit it (if they even noticed the change at all).

Welbergen would later appear on a South African community channel called Loving Life TV to discuss the matter in-depth. He showed his slides to viewers and explained what it was that was on them.

During the program, he also showed blood slides collected from “vaccine-free” patients, meaning those who refused the jabs. Sadly, some of those also showed signs of having been “infected with vaccine toxins through shedding.”

A few days before appearing on that program, Welbergen happened to notice what is described as a magnetic or electrical polarity effect occurring on different sides of the graphene fibers he had identified.

Almost every sample, he said, showed signs of this polarity, whereas prior to the release of the shots he had never before witnessed such a thing in all of his years of practice.

“Dr. Philippe’s presentation is truly eye opening and horrifying – a must watch, especially for those who proclaim Covid injections are ‘safe’ and are insisting people be injected,” reports The Exposé, which has published clips of the program for viewing.

“The Covid injections are weapons of genocide and how the people who have designed them are still walking free is incredible.”

In the comments, someone added to the conversation that he is simply astounded that any person’s body can still function with these graphene clots embedded within them. It is only a matter of time, however, before those clots grow large enough to end the person’s life.

Want to keep up with the latest news about covid shots? Visit ChemicalViolence.com.