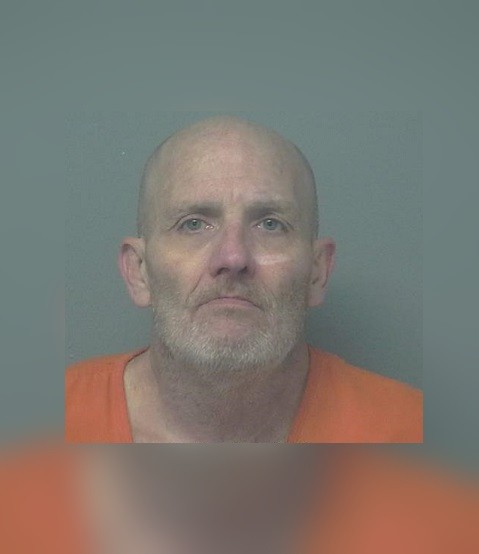 I’m asking for prayers today for a man that is quite lost. I grew up with him in Kansas City and we called each other “brother.” No he is not my real brother but we are ALL brothers and sisters in Christ and my brother Tony knows Christ which is a miracle in and of itself.

Before I get to the story let me tell you about a miracle that happened about 15 years ago. Tony and I had been attending Narcotics Anonymous meetings together for years and one day he pulls up at the house and I witnessed the scariest miracle I have ever seen. Tony showed up with a holstered gun and started talking about how God had saved him. It wasn’t the best conversation we had ever had because I was nervous, but we did have a nice talk. 😉

It was clear to me that God had spoken to Tony but at the same time I didn’t want to give him a reason to pull that gun. LOL So I let him do most of the talking. He acted like he was trying to convert me, but somehow didn’t realize that I was already a decent Christian man.

Psst… back to Narcotics Anonymous for a second. Tony and I went to meetings and conventions often but, he was on prescription meds that made him go “on the nod” often at meetings. He’d fall asleep at meetings because he was on Oxycontin I think. Anyway he wasn’t really “sober” but was as sober as he could be without illegal drugs or alcohol. The doctors gave him Oxycontin and that made him have a “legally prescribed” high often.

Still there were times, in our youth, where we would drink beer until the sun rose and smoke a lot of pot too. Eventually we BOTH figured out that it wasn’t good for us and started trying to change our lives. I am proud of us BOTH for that and thank GOD for giving us that miracle. I hope brother Tony was still on that path.

It’s probably been 10 years since I have talked to Tony so I can only hope and pray that he was still doing it right. Now, here’s the story of his arrest from News Channel 10:

AMARILLO, Texas (KFDA) – Police have identified the man arrested after a SWAT incident at an Amarillo hotel Thursday.

Amarillo Police Department said a 51-year-old Tony Len Nichols has been arrested for unlawful restraint and deadly conduct and has been booked into the Potter County Detention Center.

According to officials, a caller said a man was waving a gun around and yelling at the La Quinta Inn at 2108 south Coulter Street.

Before officers arrived, the man went back into his room.

When officers arrived, police say Nichols refused to open the door, and made threats to shoot the officers that were there and any others that would show up.

As officers were talking to Nichols, a call came from a woman inside the room saying Nichols had a gun and would not let her leave.

The APD Critical Incident Response Team, including the SWAT and Hostage Negotiator Units, was called to the scene.

Negotiators spoke to the man and the woman was released from the room and is safe.

SWAT introduced a chemical irritant into the room after Nichols refused to exit.

They continued using the chemical irritant until Nichols came out and surrendered.

I’ve talked to his Uncle and Sister since and they are, understandably, confused and scared. I talked to his sister today and told her something I believe very much. God had to do this to separate Tony from his gun.

Now he’s going to do some time in prison, most likely, and not have his gun to “comfort” him. ONLY GOD!

Am I crazy for thinking that? Or biased?

I maybe guilty of both. But today I wanted to ask you all to pray for a miracle for my brother Tony. I kind of think God allowed this to happen because HE knows what He is doing and Tony needs help.

By the way, growing up in “the hood” in a big city is not easy and there is a reason I haven’t lived in a large city in years. God sends me where He needs me to go and I am grateful for that. Dean is weak but God takes care of me AND he will take care of Tony too.

If he didn’t need Tony around he would have ended it with a bullet from those SWAT team members. I know it’s hard to pray for criminals but I will tell you with 100% confidence that Tony Nichols is a good Christian man that makes bad decisions at times. But he can be saved because he already knows God.

We are all guilty of bad decisions. Maybe our decisions aren’t as dangerous or our mistakes aren’t as bad but none of us are totally innocent.

Tony has lots of time to pray now but the rest of us need to help him along that path.

I love you all folks but please try not to be the next brother or sister I write about. I can’t take that often. 😉

But God will take care of the things that we can not and I know that.

We are praying for you Tony!

I was actually going to write about and show you a great video today, so let’s do that too. Why? Because this country needs God badly in 2021.

Psst… Notice both Joe Rogan and Ron DeSantis show up in that video. And we call these guys heroes? Just some food for thought. There is only One who is a worthy hero folks.

Every family has a black sheep or two. We tend to avoid them like the plague but… What would Jesus do? #WWJD?

After I went blind, Tony’s sister and uncle Steve both reached out to me in the hospital. I talked to his sister on Saturday and asked her if I could write this and ask for prayers for OUR brother. I guess that kind of makes you my sister now. 😉 And your better half is my brother-in-law. She’s saying, “Oh Lord that’s all we need, another black sheep.”

People are people folks and Tony Nichols is a good man, with many faults, who needs your prayers. Criminals need reform and not hate. I would bet my life on the belief that Tony Nichols will become a better man in prison.