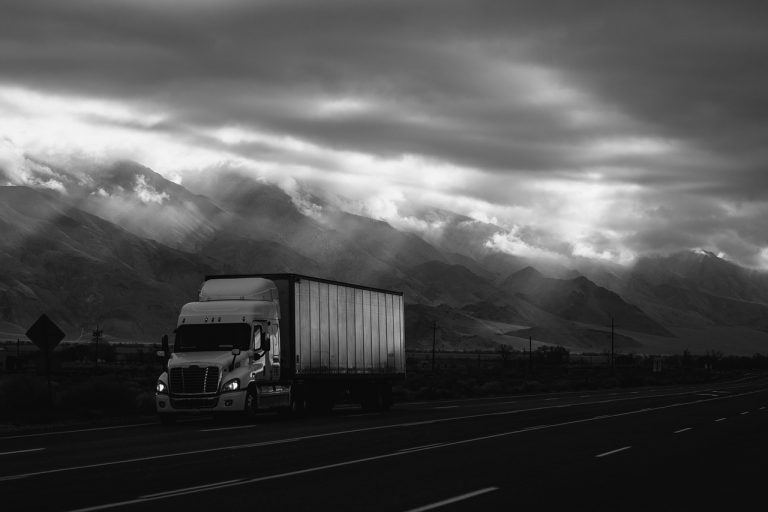 Do you remember in early 2020 when they told us that the shortages that we were experiencing would just be temporary?  Of course some of them were, but then more shortages just kept on erupting.  That wasn’t supposed to happen, and now it appears that our supply chain problems could potentially get a whole lot worse.  In just a few short months, we will be three years away from the beginning of the pandemic in the United States.  But instead of a “return to normal”, more shortages are on the way.  And in some cases, they could even be life threatening.

Let me give you an example.  We need Amoxicillin to treat some of the most common infections that our children experience.  Unfortunately, the FDA is warning us that we are now facing a very serious shortage of Amoxicillin…

Both are common childhood illnesses, for which the go-to prescription is in short supply, according to a recent nationwide alert from the U.S. Food and Drug Administration.

The warning specifically involves the powder, which pharmacists use to mix liquid Amoxicillin for childhood infections.

This is a really big deal.

According to one recent survey, close to two-thirds of all pharmacies in the nation are having difficulty getting Amoxicillin right now, and the national shortage of Adderall is even worse…

Nearly 66% of pharmacies are having challenges obtaining amoxicillin, according to a new National Community Pharmacists Association (NCPA) survey of 8000 pharmacy owners and managers, whereas 89% are realizing a shortage of Adderall.

Of course we are dealing with lots of other drug shortages at this moment as well.

In fact, according to the official FDA drug shortage list there are nationwide shortages of a whopping 183 different drugs in the United States right now.

We truly are in unprecedented territory.

Up in Canada, things are even worse.

If you can believe it, at this point the Canadians are facing “an acute shortage of basic painkillers”…

The Canadian healthcare system is experiencing an acute shortage of basic painkillers, particularly acetaminophen and ibuprofen, which are commonly used to relieve pain and fever in children during flu season.

Canada’s Association of Medical Assistance in Dying Assessors and Providers (CAMAP) chose this perhaps awkward moment to roll out a webinar for healthcare professionals that advised them to offer assisted suicide to their suffering patients.

So why don’t the Canadians have enough Acetaminophen and Ibuprofen right now?

Well, we are being told that the primary reason is “a lack of raw ingredients to make the drugs”…

CBC News quoted health officials who blamed “a lack of raw ingredients to make the drugs,” “an uptick in respiratory viruses fueled by the relaxed [Chinese coronavirus] measures,” and “panic buying” for the shortage of painkillers for children.

As I have covered in previous articles, most of the basic ingredients that go into our pharmaceutical drugs come from China.

So if you think that things are bad now, just wait until war with China erupts.

Once that happens, our pharmacies will get really empty and our entire healthcare system will experience a historic meltdown.

Switching gears, with Thanksgiving coming up I wanted to talk about the fact that we are now facing a nationwide shortage of turkeys…

As CNBC reports, the price of turkey is up 73% from last year, a pretty astonishing figure. Experts attribute it to the bird flu, which has devastated turkey stocks this year. Apparently, the disease normally doesn’t flourish during the summer as farmers get their holiday flocks together. But, you know, the 2020s haven’t been easy so naturally, the flu hit hard right in the middle of the year when it could do the most damage.

The good news, if you want to call it that, is that you will still probably be able to get a turkey if you are willing to pay enough.

The bad news is that supplies of turkey just keep getting tighter and tighter.

But it’s not just the Thanksgiving bird that’s at risk — it’s your lunchtime turkey sandwich, too. San Francisco delis and butchers are already feeling the effects of the shortage.

“It’s like pulling teeth trying to get turkeys from the companies,” said Sal Qaqundah, owner of Arguello Market, a San Francisco cult favorite for its “world famous” turkey sandwich.

Unfortunately, we are also facing a shortage of butter in the weeks ahead.

Butter is another area where the war and cost of dairy products has affected supply, as the price of the condiment and baking ingredient has gone up a dollar per pound since January of this year, per Eater. Fearing a full-blown butter shortage, the USDA has asked consumers not to rush or panic buy, but simply secure what they need at a given time, per Best Life.

Did you ever imagine that we would be talking about a butter shortage in late 2022?

And if the diesel fuel shortages eventually get as bad as some are projecting, we could soon be facing severe shortages of countless products.

Our ships, our trains and our trucks run on diesel fuel.

So if there is not enough diesel fuel, we are going to have a real problem trying to fill up our stores with enough stuff for everybody.

Even now, supplies of diesel fuel are so tight that one big player in the industry just issued a major alert…

Mansfield Energy issued the alert Friday stating there was a developing diesel fuel shortage in the southeastern region of the United States. The company speculated that the shortage could be generated from “poor pipeline shipping economies” and a historically low supply of diesel reserves.

“Poor pipeline shipping economics and historically low diesel inventories are combining to cause shortages in various markets throughout the Southeast,” the company said. “These have been occurring sporadically, with areas like Tennessee seeing particularly acute challenges.”

There are a number of reasons why supplies of diesel fuel have gotten so tight.

But the primary reason is the cutoff of Russian imports. Prior to Russia’s invasion of Ukraine, the U.S. was importing nearly 700,000 barrels per day (BPD) of petroleum and petroleum products. Most of those imports were finished products and refinery inputs that boosted distillate supplies in the U.S.

The loss of those Russian imports have caused problems for refineries as they struggle to fill holes in their product slates. Refineries do have a small amount of flexibility in shifting gasoline production to diesel production. But it’s a relatively small amount (e.g., ~5% in a refinery I once worked in). That also means that if refiners do shift production, that also potentially creates shortages in the gasoline market.

So why don’t we just produce more ourselves?

Well, thanks to our politicians, the number of refineries in the United States has actually been declining in recent years even as our population has grown.

At this point we simply do not have enough refineries, and this is a problem that is not going away any time soon.

In the months ahead, we aren’t going to completely run out of diesel fuel as some people out there are suggesting.

But supplies may get so tight that it could potentially create widespread supply chain nightmares that are quite severe.

Let us hope that such a scenario does not materialize.

Because the American people are already angry enough about the economy.  In fact, a brand new survey has found that it is the number one issue for U.S. voters at this moment…

The Washington Post and ABC gave Americans eight top issues they will be considering when making their decision in a poll that showed likely voters split between the Democrats and Republicans.

The economy was cited by 26 percent of likely voters as one of the most important factors, followed by abortion with 22 percent and inflation and threats to democracy each by 21 percent.

For decades, we have been able to rely on our supply chains to continuously fill our stores with mountains of cheap goods.

But now our supply chains are breaking down.

In fact, our entire economic system is breaking down and most people are completely and utterly unprepared for the difficult times that are coming.

I know that many of you have been patiently waiting for a long time for life to “return to normal”.

Sadly, that isn’t going to happen.  The incredibly bad decisions that our leaders have been making are now catching up with us in a major way, and a great deal of pain is ahead.

About the Author: My name is Michael and my brand new book entitled “End Times” is now available on Amazon.com.  In addition to my new book I have written six other books that are available on Amazon.com including “7 Year Apocalypse”, “Lost Prophecies Of The Future Of America”, “The Beginning Of The End”, and “Living A Life That Really Matters”. (#CommissionsEarned)  When you purchase any of these books you help to support the work that I am doing, and one way that you can really help is by sending digital copies as gifts through Amazon to family and friends.  Time is short, and I need help getting these warnings into the hands of as many people as possible.  I have published thousands of articles on The Economic Collapse Blog, End Of The American Dream and The Most Important News, and the articles that I publish on those sites are republished on dozens of other prominent websites all over the globe.  I always freely and happily allow others to republish my articles on their own websites, but I also ask that they include this “About the Author” section with each article.  The material contained in this article is for general information purposes only, and readers should consult licensed professionals before making any legal, business, financial or health decisions.  I encourage you to follow me on social media on Facebook and Twitter, and any way that you can share these articles with others is definitely a great help.  These are such troubled times, and people need hope.  John 3:16 tells us about the hope that God has given us through Jesus Christ: “For God so loved the world, that he gave his only begotten Son, that whosoever believeth in him should not perish, but have everlasting life.”  If you have not already done so, I strongly urge you to invite Jesus Christ to be your Lord and Savior today.