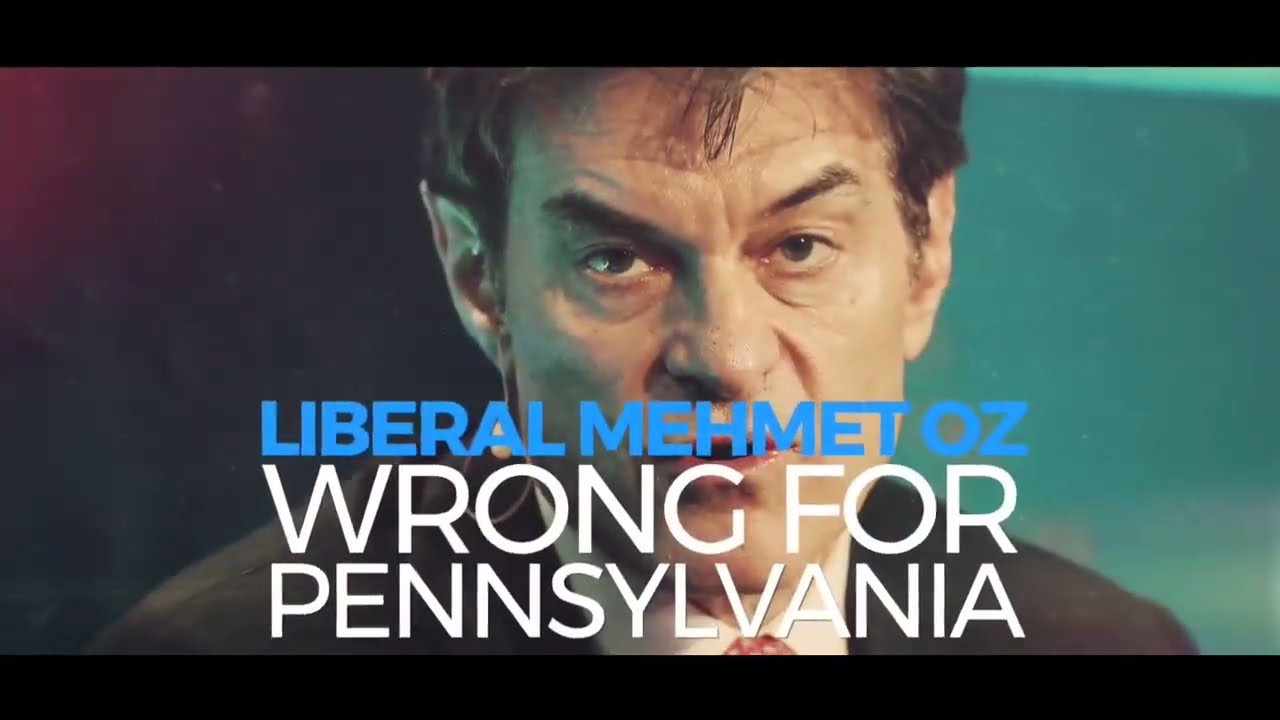 Quick Note: I’m going to go ahead and publish this Tuesday evening. My readership is so small now that it won’t effect many last minute voters nor effect my income much. LOL You are talking with a guy that is working now for $1 an hour. LOL

The first half of this video is about Oprah’s endorsement of an obviously brain damaged John Fetterman.

Let’s hear what Tucker said because he tends to say exactly what I think, though much more fluently and cognitively. 😉

Let’s pause for a moment. Tucker is a political pundit doing his job. Oprah is a billionaire talk show host who is trying to spread her influence in a political way. But I’m NOT a huge Dr. Oz fan and simply feel he is the “lesser of two bad choices” in this election. I was quite surprised that Trump endorsed him because Oz to me is a “Democrat Light.”

New Democrats are basically Marxists with very few still being like the Democrats of decades ago.

One of my favorite Democrats is Joe Manchin. Why would I say that? Manchin still tries to protect the 2nd Amendment because of his constituents. That is what our representatives are supposed to do, protect our rights and carry OUR opinions, not THEIR opinions.

A representative of the people is supposed to speak for the people and NOT their own personal agendas. That’s why I like Joe Mnchin, at times at least.

Dr. Oz is like an old school Democrat but he is a potential RINO lying in wait. We shall see if he is elected.

I’d vote for him but lost a lot of respect for Trump with his endorsement. Still, if given the choice, I’d take an old school Democrat over a Marxist like Fetterman. Wouldn’t you?

As I write this they are saying that it could take days to declare winners, so it’s too late to influence votes but you know me, I’m in love with my own opinions. Until Americans get over this whole “Democrat/Republican” brain wash nothing will change. It can’t because we keep putting RINOs in government.

The Republican party needs to start giving us some candidates worth voting for. Enough of this RINO bullsh*t. This is why I no longer call myself “Republican” and simply stick with the term “conservative.”

Dr. Oz if you do win, you need to understand that you barely beat a Marxist with brain damage and it’s NOT because voters were in love with your politics.

Again, I’m writing this on election day so we shall see what happens. By time this publishes it is possible that Oz is already being declared the winner. But with the promised delays in vote counts I wouldn’t be surprised if they find a way to give it to Fetterman in yet another steal.

President Trump we want you to only endorse strong MAGA candidates and shame on you for endorsing Oz. America will never reach your MAGA ideals if you keep endorsing RINOs. I understand that he is better than the alternative, so I can live with it, but President Trump America needs our great leader to get better every single day. Please think about your endorsements before making them. Oz could end up being a really bad representative for Pennsylvania, assuming he wins.

As a man who suffers from his own stroke damage, meaning me, I can tell you, politics aside, that Fetterman is a BAD choice. Dr. Oz is quite liberal so he’s not a good choice in my opinion either.

God Bless America. I pray things just got better on this election day. If not we keep fighting. That’s all we can do.