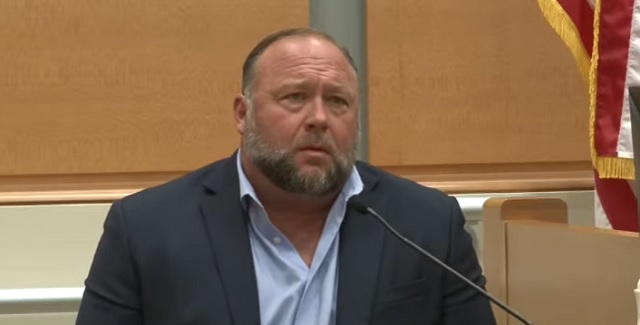 Alex Jones on Thursday was ordered by a Connecticut judge to pay an additional $473 million in punitive damages on top of the $965 million in damages ordered by a jury last month for calling the Sandy Hook school shooting a “hoax.”

The Sandy Hook families had asked the judge to award them a comically ridiculous $2.75 trillion in punitive damages last month.

“The record clearly supports the plaintiffs’ argument that the defendants’ conduct was intentional and malicious, and certain to cause harm by virtue of their infrastructure, ability to spread content, and massive audience including the infowarriors,” the judge wrote in a 45-page ruling.

What a joke. Jones was found guilty before the trial for allegedly failing to comply with discovery. This allowed the court to do an end run around the First Amendment and task the jury only with determining how much damages he owes, not whether his speech was protected.

On his show Thursday, Jones called the award “ridiculous” and a “joke” and said he has little money to pay the damages.

“Well, of course I’m laughing at it,” he said. “It’d be like if you sent me a bill for a billion dollars in the mail. Oh man, we got you. It’s all for psychological effect. It’s all the Wizard of Oz … when they know full well the bankruptcy going on and all the rest of it, that it’ll show what I’ve got and that’s it, and I have almost nothing.”

“They already had a $965 million rigged deal where the judge said I was guilty, and told the jury that I was a bad person and wouldn’t let me put on evidence and put on fake evidence against me,” Jones said in response to the ruling on Infowars.

Punitive damages cannot be discharged in bankruptcy and the Sandy Hook families asked for $2.75 trillion to saddle him with impossible to pay debts and silence his voice and take him off air.

Jones is going to have to appeal the cases and hope he gets a fair trial for a change.

It’s absolutely imperative that everyone recognize these lawsuits were not filed in the aftermath of the shooting in 2012, 2013, or even in 2014, but in 2018 — because special interest groups saw this as an opportunity to take down Jones for helping Trump win the presidency in 2016.

If Hillary Clinton had won, none of this would be happening.

Jones’ “crime” was helping Trump win and this is how the regime is punishing him.