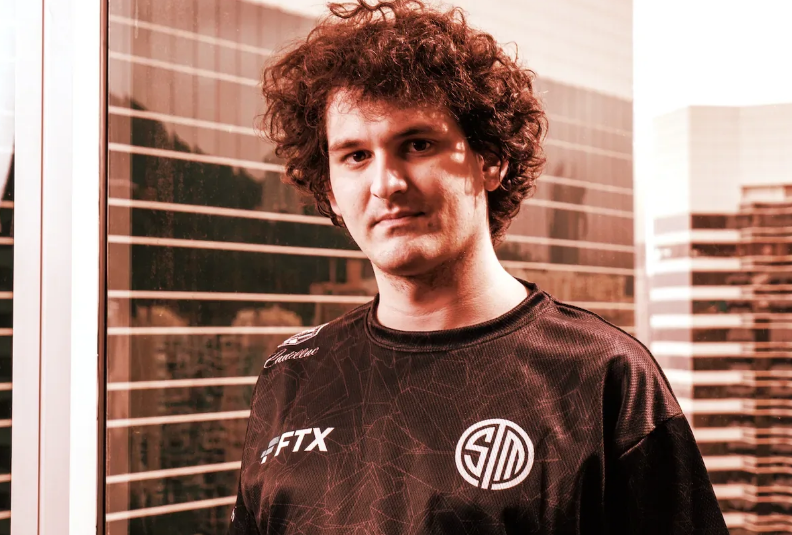 (Natural News) The FTX crypto slush fund run by now-disgraced Sam Bankman-Fried (and his MIT college buddies) laundered money for Ukraine into nearly $40 million worth of campaign donations for Democrats in the 2022 mid-term elections.

Over the last year, Joe Biden and the Democrats have pushed through well over $50 billion in funding for Ukraine, using US taxpayer money. Internationally, over $100 billion has been donated to Ukraine, according to Devex.com which has compiled worldwide donations and grants to the Ukrainian cause.

FTX simultaneously processed donations to Ukraine by using its crypto infrastructure. As CoinDesk.com reported in May of this year, “Ukraine Partners With FTX, Everstake to Launch New Crypto Donation Website.”

In other words, the corrupt Ukraine regime partnered with a corrupt crypto slush fund to take dollars from the corrupt US government and funnel them into the hands of corrupt Democrat candidates to win rigged mid-term elections. 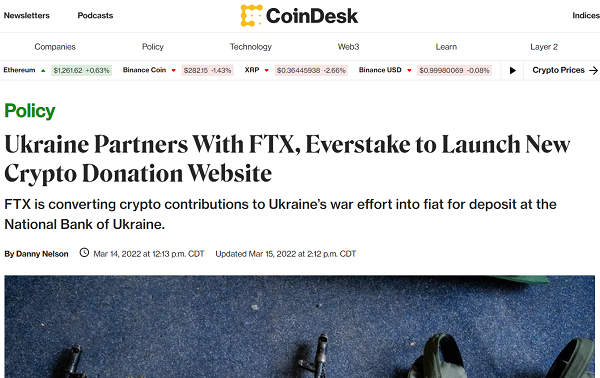 According to data published by OpenSecrets.org, Sam Bankman-Fried donated nearly $40 million to political candidates in the 2022 mid-term elections. Only $235,200 went to Republicans, with the rest going to Democrats. FTX, in other words, was a Democrat slush fund money laundering operation that helped Democrats win mid-term elections (on top of their obvious cheating, ballot stuffing and ballot harvesting operations).

It begs the obvious question: Which Democrats took this dirty money from FTX, which had stolen the money from its own customers? We know that Fetterman received substantial financial support from FTX, for example.

The country’s collective efforts have already raised some $48 million in bitcoin (BTC), DOT, ether (ETH), SOL, tether (USDT) and other cryptocurrencies, according to the website. Other estimates place the amount closer to $100 million, but totals vary with market swings and exactly which websites are included.

Put another way, if you donated money to “Ukraine” via this mechanism, you actually donated to Democrats in a rigged election funded by illegal campaign contributions laundered through FTX (which is increasingly emerging as the crypto hub run by people with globalist ties).

Here’s the propaganda pushed by the Ukraine regime to help narrate the cover story for all this:

The central bank is using donations to support “humanitarian aid programs” as well as Ukraine’s armed forces, according to the website. “The people will continue their fight for freedom, but they need more ammunition and necessities,” the website read.

We don’t know how much of these funds actually went to Ukraine, but we know Sam Bankman-Fried was one of the largest donors of cash to Democrat candidates in the 2022 mid-term elections (nearly $40 million, as shown above).

An attempted takeover of regulatory agencies and lawmakers

As DailyWire.com is also reporting, Sam Bankman-Fried was apparently trying to buy off securities regulators and lawmakers in the federal government, obviously to pay for “protection” as he carried out numerous financial crimes and money laundering operations.

Cryptocurrency CEO and Democratic donor Sam Bankman-Fried funded the campaigns of key lawmakers overseeing the Commodity Futures Trading Commission (CFTC), the agency tasked with regulating the crypto industry, as he was lobbying the CFTC for greater oversight over the digital asset marketplace.

Bankman-Fried donated to the chair and ranking member of the Senate Agriculture Committee, the committee that has jurisdiction over the CFTC, as well as numerous other members of Congress involved in CFTC oversight.

The FTX CEO also spent hundreds of thousands of dollars lobbying lawmakers and the CFTC on legislation that would expand the scope of the agency’s role in regulating the crypto industry.

Here’s a graphic of some of the acquisitions and investments by FTX, assembled by Fortune / Anthony Kwan, sourced from Crunchbase:

Late last night, the FTX app was auto-updated and transformed into a Trojan Horse app that logged into user accounts and stole their money. We covered this in a previous story on NewsTarget.com. So far today, we know that around $1 billion in remaining funds has been looted from FTX. This is widely believed to be a “self-hack” of FTX by its founders or insiders who are attempting to take the money and run, Mt. Gox style.

More than $600 million was siphoned from FTX’s crypto wallets late Friday. Soon after, FTX stated in its official Telegram channel that it had been compromised, instructing users not to install any new upgrades and to delete all FTX apps.

“FTX has been hacked. FTX apps are malware. Delete them. Chat is open. Don’t go on FTX site as it might download Trojans,” wrote an account administrator in the FTX Support Telegram chat. The message was pinned by FTX General Counsel Ryne Miller.

In essence, now after having built the world’s largest crypto slush fund to try to keep corrupt Democrats in power, somebody with inside access at FTX is apparently looting the last billion dollars worth of assets at the company.

CNBC also reports that Sam Bankman-Fried had a secret “back door” into the financial accounting system that allowed him to “transfer billions” without any regulatory scrutiny whatsoever. From CNBC.com:

Between $1 billion and $2 billion of FTX customer funds have disappeared, SBF had a secret ‘back door’ to transfer billions: Report

As Sam Bankman-Fried’s FTX enters bankruptcy protection, Reuters reports that between $1 billion to $2 billion of customer funds have vanished from the failed crypto exchange.

Both Reuters and The Wall Street Journal found that Bankman-Fried, now the ex-CEO of FTX, transferred $10 billion of customer funds from his crypto exchange to the digital asset trading house, Alameda Research.

This story just went full John McAfee, in other words, and it’s not even over.

Note that FTX had huge holdings in Robinhood (HOOD symbol on Wall Street), and we are anticipating total market chaos for HOOD come Monday morning.

Bitcoin, interestingly, is weathering this storm relatively well after having fallen from the $21K range to around $16K in the chaos. Bitcoin’s exposure to FTX fallout may be limited, although Bitcoin and all other cryptos are almost certain to face heavy-handed regulatory scrutiny after this fiasco fully unravels.

– FTX was a massive digital SLUSH FUND for Democrats
– Money was created out of nothing via FTT (tokens), then sold off to victims of the scam
– Millions went to Fetterman and other Dems to sway mid-term elections
– Sam Bankman-Fried had pledged $1 billion to Dems by 2024
– Globalist media outlets like Reuters and Forbes then attacked rival Binance
– Binance CEO CZ needed just two tweets to bring down the FTX fraud
– Binance is more libertarian and wants to coexist on Twitter with Elon Musk and free speech
– Binance doesn’t pilfer user deposits / funds and make crazy bets (like FTX did)
– We are watching the collapse of dollar hegemony
– BRICS+ nations will shortly launch a new global reserve currency backed by commodities
– Hubs like Binance will likely allow Americans to buy BRICS+ currencies via stablecoins
– This would give Americans a way to SAVE money without losing to dollar devaluation
– The future of world trade will rest on honest money, backed by real commodities