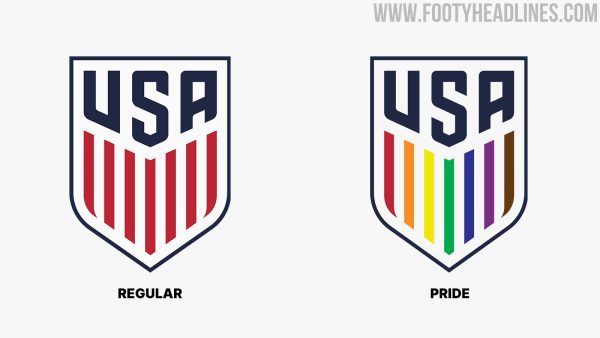 What if there was no other way? [Campaign to extend Idaho’s western border gains more Oregon support, Union Bulletin, November 9, 2022]:

Oregon’s Morrow and Wheeler counties each voted Tuesday to support the so-called “Greater Idaho” movement, which proposes exiting Oregon to enter the boundaries of its eastern neighbor. If the results hold, that means 11 Oregon counties have adopted the idea since the concept’s launch in 2020.

The unorthodox effort is rooted in the partisan divide within Oregon, loosely along the eastern and western parts of the state. Western Oregon, including the state’s largest city, Portland, is politically left-leaning, but eastern Oregon aligns more closely with its conservative, right-wing neighbor, Idaho.

“We call on the Legislature to let each half of the state go their separate ways in peace,” Mike McCarter, Greater Idaho leader, said in a Wednesday news release. “It should simply stop holding our counties captive in this unhappy marriage.”

Such a drastic move as redrawing state borders would require approval in each state’s Legislature, plus congressional endorsement. Idaho Gov. Brad Little last year acknowledged the improbability such a move would ever happen, while recognizing why people whose politics lean to the right would want to be in the Gem State.

“They’re looking at Idaho fondly because of our strong economy, regulatory atmosphere and our values,” the Republican governor said in a statement. “There’s a lot that needs to happen before moving the border is within the realm of possibility.”

McCarter argued that it’s simply a logistical — as well as practical — matter.

“Moving a state border is similar to redistricting a utility provider,” he said in the release.

In March, a bill in the Idaho House to codify Idaho’s willingness to entertain the idea was introduced in committee. It didn’t receive a hearing and was never actually considered.

With 60% of the vote, residents in Morrow County, population 12,400, supported a measure requiring its Board of County Commissioners to meet three times a year to discuss relocating the state line. Wheeler County, which has a population of only 1,500, provided about 58% support for a measure directing members of the Oregon Legislature to use taxpayer dollars in pursuit of the concept.

Unlike Idaho, though, where all mail-in ballots must be received on Election Day, Oregon requires only that ballots be postmarked before polls close, with a deadline this year of Nov. 16 for them to be received and counted. So the two counties’ votes won’t be finalized until at least next week.

Even so, nine other Oregon counties have adopted similar measures. Wallowa County, located in Oregon’s northeast corner next to Idaho, previously rejected a similar measure as the one that voters appeared to pass in Morrow County. A voters initiative in Wallowa already has enough signatures to again put the concept back on the ballot, Greater Idaho said in its release.

U.S. Rep. Russ Fulcher, R-Idaho, who like Little was just reelected, has taken to referencing the Greater Idaho campaign as proof that the state has a lot going for it. He did so at a Republican Election Day watch party Tuesday night, as well as at a Boise Metro Chamber luncheon last month.

“We are the envy of most other states, in a number of ways,” Fulcher said during his October Chamber keynote speech. “We live in an incredible place. That’s why we’re the fastest-growing state in the nation. That’s why another state — at least one — would like to be part of us. … Let them know this is special — it’s special to be here. They wanted to be here for a reason: ‘Welcome, cherish those things that make us great.’

The United States of America couldn’t be more disunited in 2022, but the only solution existing is for the side in total control of the nation to call the other “racist,” and “white supremacists.”

The push for Greater Idaho is a reminder some spirit of 1776 still exists. May it start to flourish in occupied portions of the country, such as in Western Maryland, Upper New York, parts of Michigan and Pennsylvania, as well as much of Minnesota and Illinois.

It’s the Global American Empire (GAE), as dominated by the Pride Flag, or it’s the America of Betsy Ross and her flag.