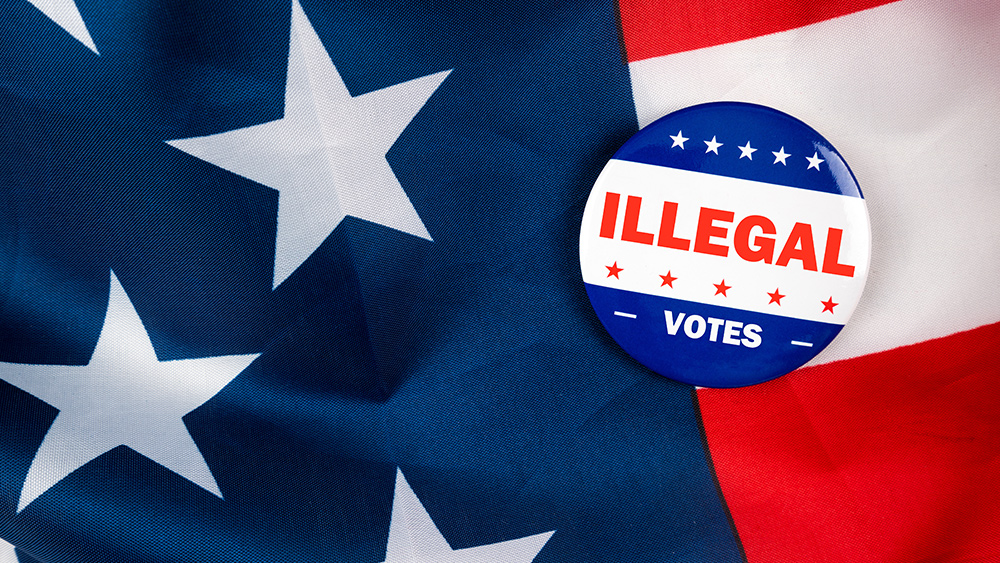 (Natural News) Once again, Democrats appear to be up to their usual tricks when it comes to stealing elections using mass mail-in ballots, according to an analysis published late last week.

On Saturday, the mainstream media was quick to jump on a claim that in Nevada, incumbent Democratic Sen. Catherine Cortez Masto beat GOP challenger Adam Laxalt, though he had been leading — by a lot — since Election Day on Tuesday.

We’ve seen this movie before: As the week progressed, Laxalt’s victory margin steadily shrank until suddenly, after enough ballot dumps, Masto had enough ballots to ‘win’ as election officials gathered in votes from around Las Vegas.

Here’s how it went down, per investigative journalist Emerald Robinson.

“On November 9th, Senate candidate Adam Laxalt (R- NV) reassured his voters that his opponent needed 63% of the remaining 84,000 votes in Clark County, Nevada to catch up with him in the vote-count,” she wrote on her Substack page on Saturday, going on to add a screenshot of a pair of tweets from Laxalt. 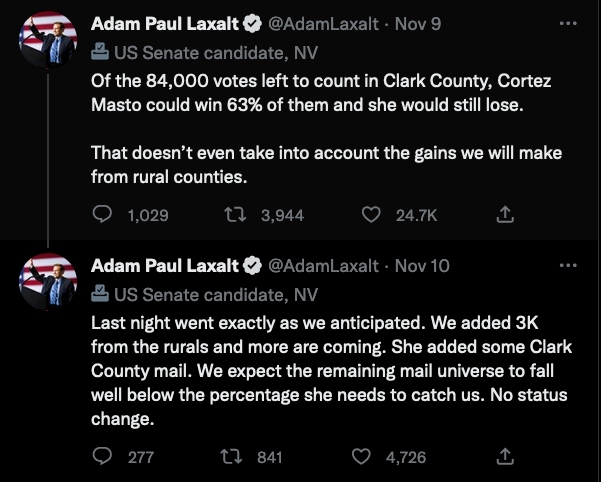 “So it was strange, and a little disconcerting, to see that Laxalt’s opponent got exactly 63% of those remaining 84,000 votes two days later,” she added. 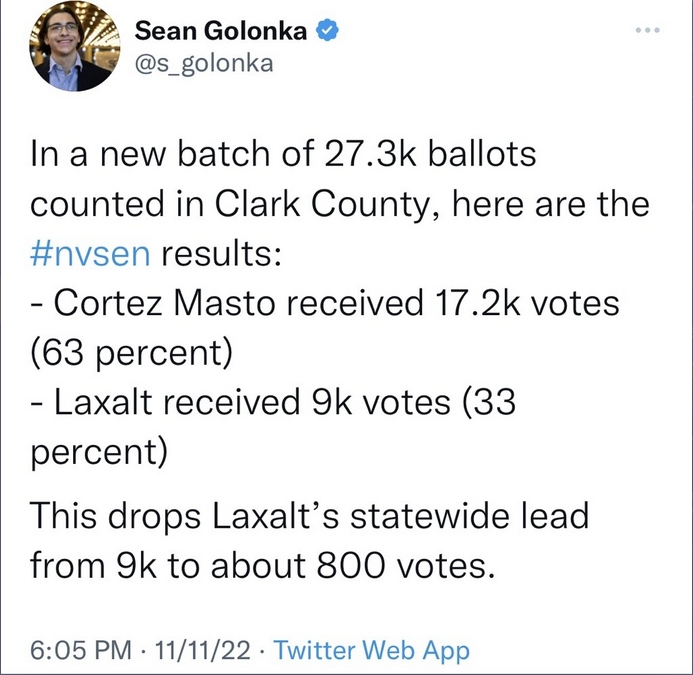 Eventually, Laxalt’s confidence in a victory waned, like his margin of victory, strangely enough. 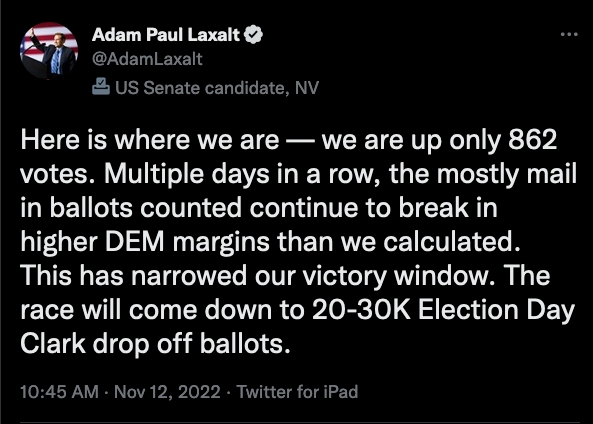 But it wasn’t just Laxalt.

In Arizona, whose election system is a shambles, as evidenced by the fact that, as of Monday, the governor’s race still had not been called, Trump-backed GOP Senate candidate Blake Masters also predicted a win based on historical precedence.

“Senate candidate Blake Masters (R-AZ) also seemed to share the view that ultimately he would be victorious in his race against Mark Kelly — because he too believed that the remaining 500,000 votes to be counted there heavily favored him,” Robinson wrote. 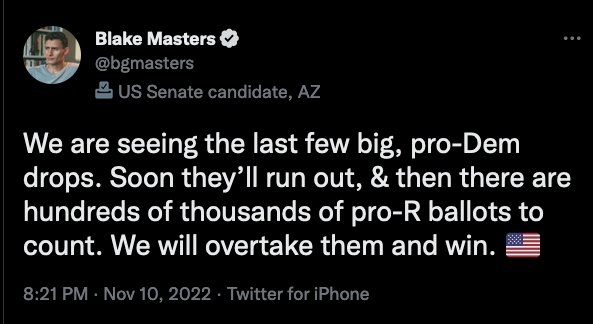 Why would anyone believe such things after living through the 2020 election? Why did the electronic voting machines stop in at least 5 states on Election Day this week? What do they think is really going on?

It’s almost like they don’t understand how cheating works.

Do they think the machines malfunctioned and the vote-counting stopped in Arizona, California, and Nevada by accident or something?

She also took Fox News to task for calling the race for Masters’ opponent, incumbent Democratic Sen. Mark Kelly, while there were still some 400,000 ballots left to count.

All said, however, expectations of a so-called “red wave” were never going to materialize, according to leading conservative pundit Mark Levin, based solely on “arithmetic.”

“I noticed that many of the same people who were wrong about a red wave are now telling us what to think about a non-red wave. The experts, the consultants, the ruling class, the media, and the politicians. We need to think for ourselves, enough of the static. I said before the election, and I said repeatedly here and on the radio: Forget about the red wave. Forget about a red tsunami. Forget about Armageddon and vote,” Levin began.

In the Senate, Republicans had to defend 20 of the 34 seats up for re-election and in order to win a majority, the GOP would have had to “tap into” the 14 Democrat incumbent seats, the host explained.

“That was a tall hill to climb. And this is one of the reasons I wasn’t on this red-wave bandwagon so fast,” he said. “I needed to think about it. 2024. This is the key. The next election cycle, 33 seats are up. Now, listen to this. Two-thirds of them are Democrat seats. So the Democrats have to defend 23 Senate seats. The Republicans have to defend only ten.”

“So, the math in 2022 never really led to a red wave possibility and the math in 2024, it does lead to a red wave possibility. Does that mean there will be one? Of course not. But I’m just explaining the math, the simple math. We had about 60% of the seats up. They have almost 70% of the seats up in the next round. So what does that mean? Democrats needed to have some serious gains in the Senate last week to stave off a disaster in 2024. They failed miserably,” Levin continued.

Levin went on to say that any suggestion that the GOP would flip six Senate seats “was never going to happen. It was a mathematical impossibility.”