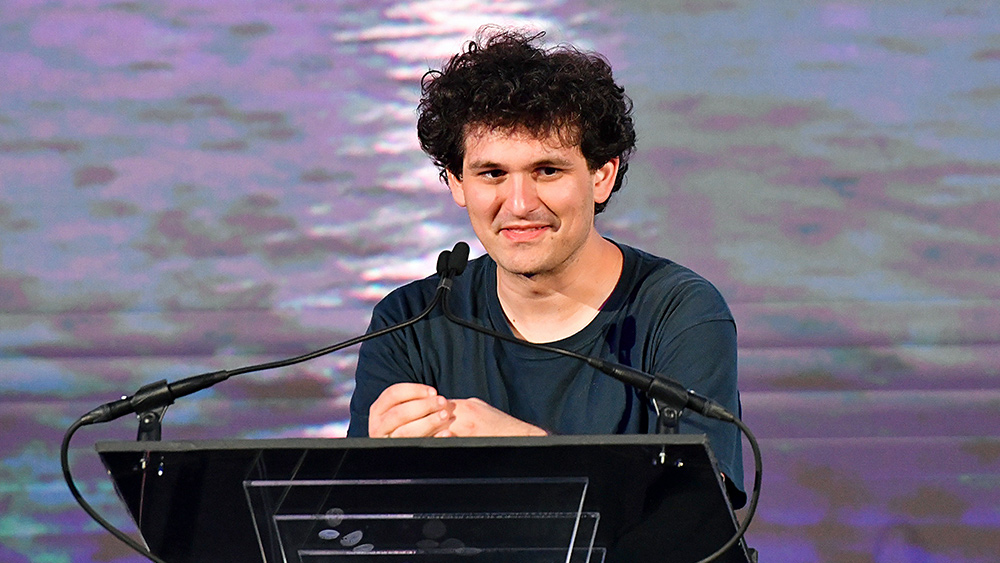 (Natural News) Prior to its epic downfall, the now-defunct cryptocurrency exchange FTX, believe it or not, was listed as a corporate “partner” on the website of the globalist-run World Economic Forum (WEF).

In order to be considered a WEF corporate partner, an entity must meet the organization’s standards for so-called “stakeholder capitalism,” an economic model based on socialism. FTX qualified for this, despite being branded as a free market exchange for cryptocurrencies.

The WEF’s ideal model of stakeholder capitalism involves doing away with the philosophy of Milton Friedman, which centers around business growth and profits. Instead, the WEF wants to see wealthy elites and large corporations in control of everything from people’s finances to the types of energy they use.

“In other words, corporate leaders should become cultural and political leaders fulfilling greater ideological goals, all of them decidedly socialist / Marxist in origin,” explains Zero Hedge. (Related: At a recent WEF event, the United Nations bragged that “we own the science.”)

“Stakeholder Capitalism becomes a way to trick the public into investing their faith in corporate leadership because these companies are no longer simply ‘in it for the money,’ they are in it for the survival of the world and the species, right? The companies become saviors, not just mercantilists. That kind of blind faith allows people to be taken advantage of in a big way. It’s the same kind of faith once applied to kings and monarchies centuries ago, and it usually leads to various forms of feudalism.”

Centralization is how the globalists seize control of money, labor, and ultimately power; decentralization provides freedom

All of this ties in to Klaus Schwab’s infamous statements about how everyone below the elites will eventually “own nothing, have no privacy, and be happy about it,” a mission that was apparently shared by FTX’s Sam Bankman-Fried, a globalist who for years has been hobnobbing with the likes of Schwab, the Clintons, and many others of that ilk.

A big part of this is the ESG social credit system that is being imposed on large corporations right now. In order to be socially and environmentally responsible, businesses are expected to comply with the WEF’s ESG model of conducting business, which again is centered around socialism rather than free markets.

It turns out that the role of FTX was to hijack the crypto model and funnel it all into a globalist-run exchange like Wall Street, except for cryptocurrency. Blackrock was also involved, which explains why FTX executives were constantly bragging about their company’s devotion to climate and social justice, among other left-wing causes.

“A key component of Stakeholder Capitalism is the need for a digital currency framework, which might explain the WEF’s interest in FTX as a partner,” the Hedge further explains.

“The move to a cashless society is the next step necessary for the micro-management of the economy and the ability to dole out rewards or punishments based on ESG scoring. It is an incremental top-down implementation of a framework similar to China’s ‘social credit system.’”

Cryptocurrencies started out as a decentralized way to conduct business and own assets without private central banks, but in came FTX to centralize it all under the same globalist banner as the Federal Reserve, except for digital money as opposed to Federal Reserve Notes.

“Fried constantly espoused the pie-in-the-sky ideals of Stakeholder Capitalism, engaging in a kind of corporate charity built on socialist guidelines and climate cultism, while at the same time draining client accounts,” reports explain.

Be sure to read the rest of the report for a more in-depth history of who Bankman-Fried is, how he stole from crypto investors to fund Democrat politics, and more.

The latest news about globalist financial manipulation can be found at Corruption.news.