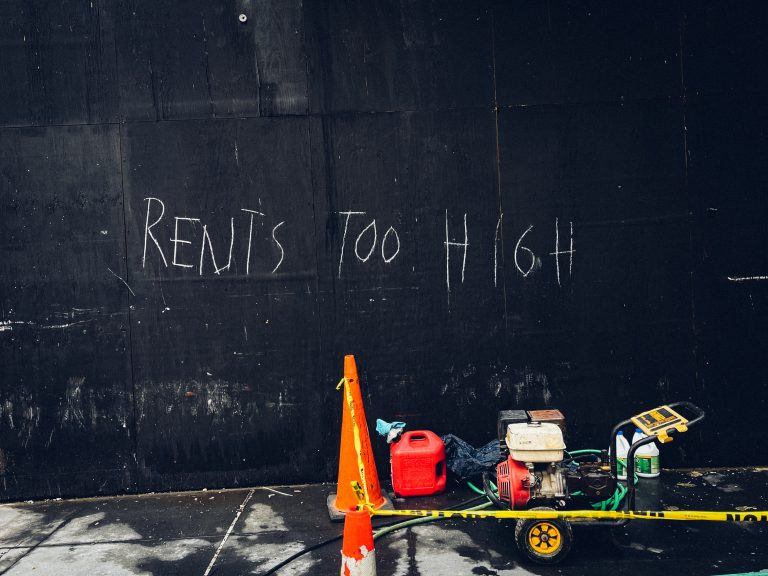 Many experts are now warning that we could see the housing market and the commercial real estate market simultaneously crash in 2023.  If that were to happen, it would put an extreme amount of stress on our financial system.  The only way we will avoid such a fate is if the Federal Reserve starts reducing interest rates.  Unfortunately, that isn’t going to happen.  In fact, officials at the Federal Reserve keep telling us that interest rates are going to keep going up.  This is literally a suicidal course of action, because higher rates are going to absolutely crush the economy.

If you doubt this, just consider what is already happening.

According to a new Alignable survey that was just released, 41 percent of all small business owners in the United States could not pay rent in November…

Unfortunately, 41% of U.S.-based small business owners report that they could not pay their rent in full and on time in November, a new record for 2022. Making matters worse, this occurred during a quarter when more money should be coming in and rent delinquency rates should be decreasing. But so far this quarter, the opposite has been true.

In September, that same survey found that 30 percent of all small business owners could not pay rent.

Many were deeply alarmed by that figure, and then it jumped up to 37 percent in October.

Now we are at 41 percent, and if there is any time when small business owners should be able to pay rent it is during the holiday season.

It appears that we will soon have millions of empty commercial spaces all over the nation, and many owners will soon be unable to make loan payments because sufficient rent money is not coming in.

If the Federal Reserve insists on raising rates even higher, I anticipate that we will eventually be facing a commercial real estate crash of unprecedented size and scope.

Meanwhile, the implosion of the housing market continues to pick up speed.

Existing home sales have now declined for nine months in a row, and the median price of a home in the U.S. has now fallen by about 7 percent.

Sadly, many experts are now warning that things will only get worse in the months ahead.  Here is one example…

I told my readers that this would happen if the Federal Reserve aggressively hiked interest rates.

Of course home prices could soon fall a lot more.  In fact, Pantheon is projecting that they could ultimately fall by a total of 20 percent from the peak…

Pantheon estimates that existing home prices will keep falling, ultimately dropping by about 20% from their June peak of around $414,000.

If you are planning to sell a home, I would try to do it as quickly as possible before prices go way down.

Meanwhile, another troubled cryptocurrency firm has just filed for bankruptcy…

Distressed crypto firm BlockFi has filed for Chapter 11 bankruptcy protection in the United States Bankruptcy Court for the District of New Jersey following the implosion of putative acquirer FTX.

So why is BlockFi in so much trouble?

Well, the truth is that there are a lot of reasons, but one of the biggest is the fact that they loaned 275 million dollars to FTX that will never be repaid…

In the filing, the company listed an outstanding $275 million loan to FTX US, the American arm of Sam Bankman-Fried’s now-bankrupt empire.

I warned my readers that FTX would not be the last domino to fall.

And now another one has tumbled over.

Needless to say, there will be many more, because FTX “has more than 1 million creditors”…

In a matter of days, FTX went from a $32 billion valuation to bankruptcy as liquidity dried up, customers demanded withdrawals and rival exchange Binance ripped up its nonbinding agreement to buy the company. Gross negligence has since been exposed. Ray added that a “substantial portion” of assets held with FTX may be “missing or stolen.”

FTX has more than 1 million creditors, according to updated bankruptcy filings, hinting at the huge impact of its collapse on crypto traders and other counterparties with ties to Bankman-Fried’s empire.

The entire thing is eventually coming down, and a lot of prominent voices are trying to sound the alarm about this.

For instance, author Robert Kiyosaki tweeted the following just a few days ago…

Many of you know I do not invest in equities, bonds, ETS or MFs. Please DO NOT listen to what I’m going to say next: “I would get out of paper assets.” The world economy is not a “Market.” I believe economy is the biggest bubble in world history.

Of course he is quite correct.

We have been living in the largest bubble in all of human history.

And once it finally shatters into billions of pieces nobody is going to be able to put it back together again.

So get ready for a massive adjustment in your standard of living.

With very hard times looming, the Washington Post is encouraging their readers to reduce food costs by eating bugs…

The Washington Post advised Americans Sunday that instead of a traditional season dinner, which now is unaffordable for a quarter of families, they should instead look to eating bugs.

In an article headlined Salted ants. Ground crickets. Why you should try edible insects, the Post stated “Consumers can already find foods like salted ants on Amazon and cricket powder protein bars in Swiss grocery stores.”

I don’t know about you, but I don’t plan on ever eating bugs.

No matter how bad things get, I just couldn’t eat ants or crickets or beetles.

Unfortunately, most people are completely and utterly unprepared for the times that we will soon be facing.

A tremendous amount of economic chaos is on the way.

The Federal Reserve could help matters a great deal if they would just stop raising interest rates.

But that isn’t going to happen, and so it appears that 2023 will be a year of severe economic pain all over the nation.