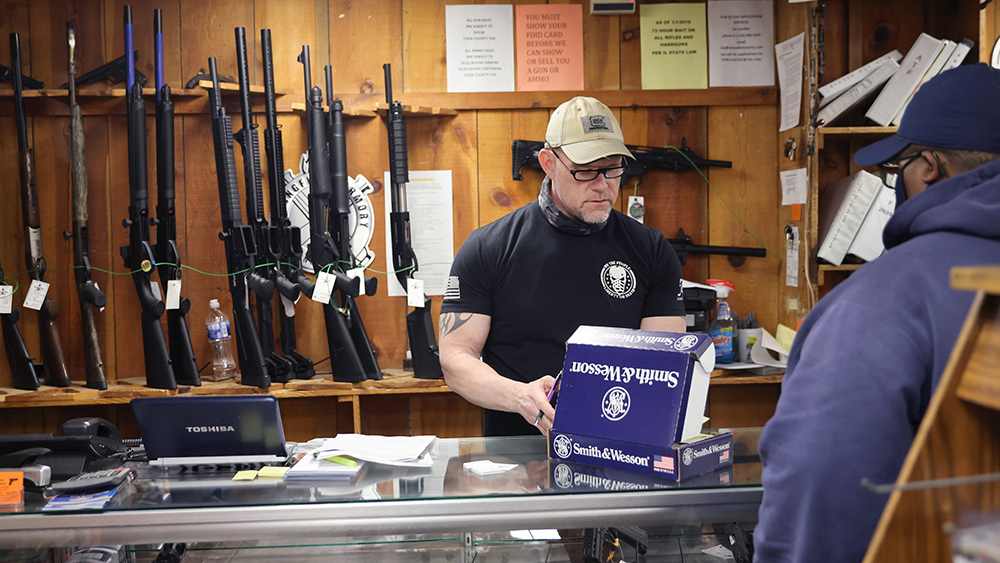 (Natural News) Two of the nation’s largest logistics companies have changed their policies to potentially coordinate with the federal government on increased Second Amendment restrictions.

Montana Attorney General Austin Knudsen sent letters both to UPS and FedEx demanding further information about the policy changes, including whether they occurred to cooperate with the Biden regime’s gun control push.

“What this looks like to me, and a lot of my colleagues, is the administration … can’t get more gun control passed through the Senate and through the House,” Knudsen told Fox News Digital.

“And so, what they’re trying to do is pressure their friends in large business to do it for them.” (Related: Remember when Biden said he wanted to turn the United States into a “digital dictatorship?”)

Knudsen sent the letters after receiving complaints from “several Montanans who hold Federal Firearms Licenses (FFLs),” and who told him that the new regulations and information collection practices “effectively circumvent warrant laws,” to quote Fox.

Seventeen other attorneys general also want to know: are UPS and FedEx colluding with Biden to track gun ownership?

Another 17 state attorneys general have joined Knudsen in the inquiry, which demands that FedEx and UPS “clarify” their involvement in tracking and reporting gun purchases to the Biden White House.

“According to these reports, [FedEx and UPS] now requires FFL holders to create three separate shipping accounts: one for firearms, one for firearm parts, and one for all other firearm-related products,” the letter states.

“Under this three-tier system, gun sellers cannot mix and match shipments, which reveals to your company whether they are shipping a gun, gun part, or a gun-related item.”

The new policies, Knudsen claims, were crafted in such a way as to make it impossible for gun sellers to send shipments containing a mix of not just whole firearms but also firearm parts and other paraphernalia.

“These demands, in tandem, allow FedEx to create a database of American gun purchasers and determine exactly what items they purchased,” Knudsen warned.

A spokesperson from FedEx told the media that the company is aware of Knudsen’s letter, which is also signed by the other attorneys general pursuing answers.

“We are committed to the lawful and safe movement of regulated items through our network,” reads a statement from that spokesperson.

If the goal of these new policies involves “information sharing with the ATF or any other federal agency” as Knudsen and the others suspect, then Americans need to know about it. They also deserve to know if the Biden White House requested these changes as a backdoor to unpassable gun control legislation.

“This is already highly regulated,” Knudsen said. “It isn’t like you can just ship a gun through the mail to somebody. Federal law prohibits that. You have to ship from one federal firearms license holder to another federal firearms license holder. Whoever is receiving that firearm has to go through the same background check as you would if you walked into a gun store.”

“So this is already quite cumbersome and quite regulated. Well now we’re in a situation where UPS and FedEx magically together at the same time, come up with this brilliant idea, each on their own to require three different shipping accounts.”

The fact that both companies rolled out the new rules at the exact same time is “extremely convenient,” Knudsen made sure to stress, adding that “this smells of the ATF,” referring to the Bureau of Alcohol, Tobacco and Firearms.

The latest news about Biden’s gun grab agenda can be found at SecondAmendment.news.