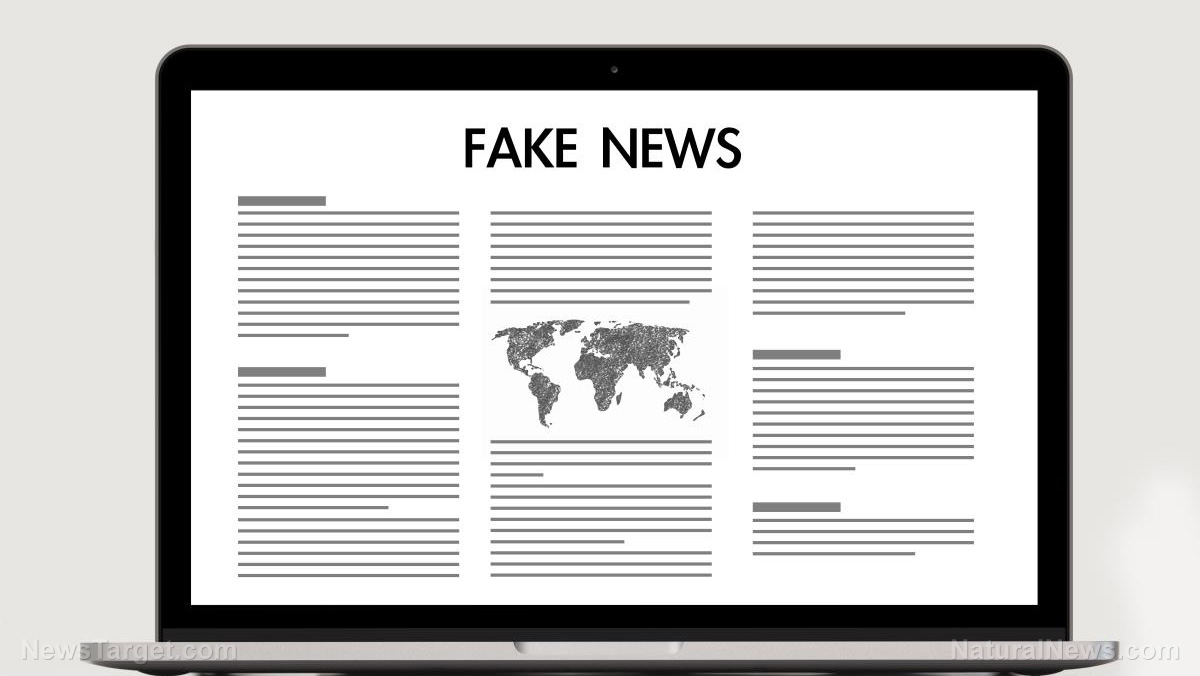 (Natural News) Remember Snowden? He’s the man who revealed that the US government says it’s not a crime to spy on the American people, only a crime to expose that illegal and unconstitutional spying. Well, forty years ago, fake news and disinformation coming from the US government was revealed by one of the greatest whistleblowers of all time, Edward Snowden. A clip of an interview with him is embedded below, where he confesses how FAKE NEWS was basically invented and utilized by the CIA to con the American public and Congress into supporting lies about wars, enemies, and the funding of those wars. Back in 1983, Edward Snowden was a CIA analyst, interrogator, and press briefer.

Here’s some of what Snowden said was going on then, and how he was a key player in disseminating disinformation. “When we, the CIA, wanted to circulate disinformation on a particular issue – disinformation is not necessarily a lie, maybe a half-truth, and we would pick out a journalist, I would go do the briefing, and hope that he would put the information in print.”

He goes on to say that the percentage of planting this kind of (false) data was 70 to 80 percent. He went on to say, “…the correspondents we targeted were those who had terrific influence, the most respected journalists…” He was talking about journalists in Saigon during the Vietnam War who would help the CIA spread lies about the North Vietnamese invading South Vietnam. This was propaganda that neither the journalist, nor the American people, could disprove, so usually, it was printed as fact and believed to be real and happening.

Snowden also describes how he “cultivated” relationships for spreading this propaganda and half-truths with top reporters and journalists from leading mass media outlets like the New York Times, Los Angeles Times, US News and World Report, Chicago Times, and Newsweek Magazine, to name a few. He said the CIA would “go after these gentlemen” as the CIA directed him to “cultivate them” and “slowly but surely try to gain their confidence by dolloping out valid information – information which was true, and then I would drop in, into a conversation the data which we wanted to get across, which might not be true.”

Snowden said one of the reasons they would plant this information was to try to persuade the US Congress to send more aid to South Vietnam and convince Congress that the North Vietnamese were the “chief violators of the cease fire accord.” In other words, the CIA fabricates information to influence wars, the financing of wars, and the opinion of the American public about those wars.

Here’s the big rub. Snowden, in this key interview, explains exactly how the CIA lies and propaganda worked so well, saying, “If I planted a piece of information with a reporter, I would ordinarily then try to create an environment which he could not check the information. I would go to the British Ambassador and brief him on the disinformation I had just given the reporter, so when the reporter wanted to cross-check what I had told him, with say, the British Ambassador, New Zealand Ambassador, or what-have-you, he would get false-confirmation–the same message coming back at him, and he’d say, ah-ha,  I’ve got proof that (Frank Smith) told me the truth, that when in fact, what he’d gotten was simply an echo of what I had given him in the first place…”

Bookmark Censored.news to your favorite websites for truth news about unnecessary wars and the scamdemic that’s being censored from the rest of media as you read this.