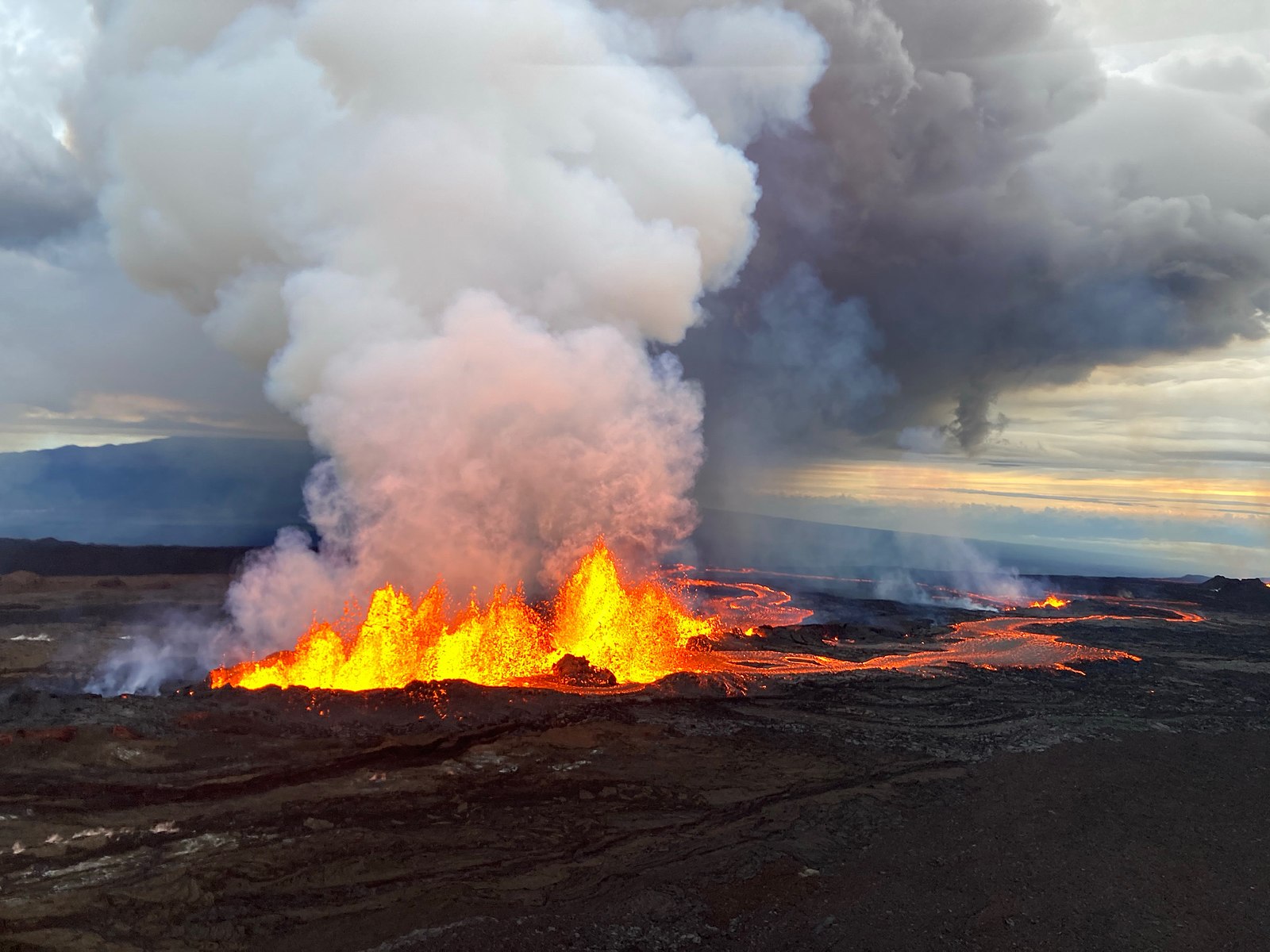 Should we be concerned by all of the volcanic activity that we are witnessing all over the planet right now?  According to Volcano Discovery, 27 different volcanoes are erupting at this moment and many others are showing signs of waking up.  Of course this comes at a time when we are also seeing lots of unusual earthquakes around the globe.  I have been regularly warning my readers about the instability of our planet, and it appears that seismic activity is beginning to spike as we approach the end of 2022.  So will this trend continue once we get into 2023?

As you read this article, the two biggest volcanoes in Hawaii are simultaneously erupting for the very first time since 1984…

Hawaii’s Mauna Loa, the world’s largest active volcano, erupted for the first time in decades on Sunday night. Nearby, Kilauea is also erupting — both on the archipelago’s Big Island.

Dual eruptions haven’t been seen since 1984.

Kilauea has been active for a while, but we haven’t seen Mauna Loa erupt in decades.

But what is concerning authorities is not just the fact that it is erupting.

The violence with which it has exploded has caught everyone off guard.  It is being reported that it was sending boiling hot lava 148 feet into the air on Tuesday…

People were pulling over in their cars throughout the night to get a glimpse of the striking scene – a blazing river cutting through the darkened horizon.

They took photos and videos, stood in silence, and even urged others to turn off their car lights for a better, and more reverential, view.

Mauna Loa has been erupting for days, with lava shooting to heights of up to 148 feet on Tuesday.

Can you imagine seeing lava shoot 10 stories into the sky?

That would be quite an intimidating sight.

Also, the speed with which the lava is flowing is absolutely breathtaking.  Personally, I don’t know if I have ever seen a river of lava move so fast.

Watch: Fountains of lava up to 200 feet (60 meters) high have been fired into the air from Hawaii's Mauna Loa, geologists say, generating rivers of molten rock from the world's largest active volcano #MaunaLoa #Hawaii #volcano pic.twitter.com/naGOmqMmpw

Hawaii’s Mauna Loa volcano, the world’s largest active volcano, continues to erupt, and there are new fears that lava flows could take out a major road connecting the east and west sides of Hawaii’s Big Island in the coming days.

There’s “a very high probability that this lava flow, if it continues, will definitely reach the road,” Ken Hon, scientist-in-charge at the Hawaiian Volcano Observatory, told CBS News.

Meanwhile, a giant volcano in Indonesia just erupted as well.

On Sunday, Mount Semeru sent clouds of extremely hot ash a mile into the sky…

Indonesia’s Mount Semeru erupted Sunday spewing hot ash clouds a mile high and rivers of lava down its side while triggering the evacuation of nearly 2,000 people exactly one year after its last major eruption killed dozens.

The burst from the highest mountain on Indonesia’s main island of Java, around 800 kilometres (500 miles) southeast of the capital Jakarta, prompted authorities to raise the alert status for the volcano to the highest level.

It is a good thing that authorities do not allow anyone to live near Mount Semeru, because anyone that was close to the crater would have been instantly wiped out.

Several villages were blanketed with falling ash, blocking out the sun, but no casualties have been reported. Several hundred residents, their faces smeared with volcanic dust and rain, fled to temporary shelters or left for other safe areas.

Thick columns of ash were blasted more than 1,500 meters (nearly 5,000 feet) into the sky while searing gas and lava flowed down Semeru’s slopes toward a nearby river.

So will we see even more extremely alarming seismic activity in the weeks ahead?

I will definitely be watching developments very closely.

The giant rock that we all live on is showing more signs of instability, and I fully expect that this trend will continue to accelerate in 2023.

Right now, the amount of snow cover in the northern hemisphere is the highest that it has been “since measurements began in 1967”…

NOAA and Rutgers University released new data that showed snow cover across the Northern Hemisphere reached the highest level since measurements began in 1967 and are currently above the 56-year mean.

“Extensive snow extent early in the season is an indicator of persistent cold as we head into winter proper,” weather blog Severe Weather Europe said.

In other words, we have never seen this much snow in the northern hemisphere at this time of the year.

Of course we haven’t even reached the beginning of winter yet.

In fact, the official start of winter is still more than two weeks away.

If things are this cold and this snowy already, what will January and February look like?

The “experts” are assuring all of us that all of this is normal.

But the “experts” have been wrong over and over again in recent years.

They simply do not understand that major changes are starting to happen to the Earth, and those changes are only going to intensify during the years to come.