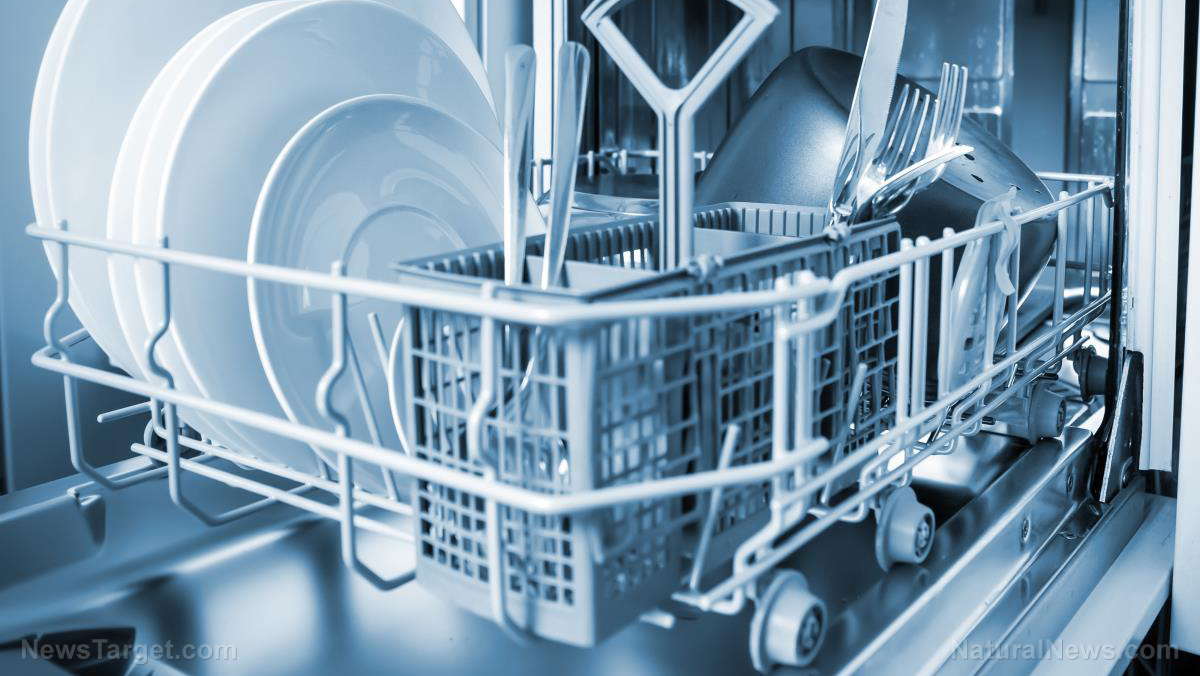 (Natural News) A team of researchers compiled a study recently that looked at the effects of dishwasher detergents and rinse aids on gut health. In short, you do not want to be ingesting the residues of these often noxious chemical concoctions.

Every time you run a load, traces of detergent and rinse aid end up being left behind on your dishes and flatware, unseen to the naked eye. Most people think nothing of the potential consequences of this – assuming they even know it is happening at all – but depending on the composition of these cleaning products, your digestive tract will certainly feel it.

Chronic inflammatory diseases of the gut are on the rise, in case you did not know. And many involve damage to the epithelial barrier, resulting in gut leakiness. Recognizing this, the researchers looked at various dishwasher detergents and rinse aids as potential culprits.

They evaluated these products in terms of their overall cytotoxicity, as well as from the perspective of how they affect barrier function, transcriptome, and protein expression in gastrointestinal epithelial cells.

Advanced testing methods were used to assess each of these areas of impact, including targeted proteomics. (Related: Learn more about the relationship between poor gut health and lupus.)

What they observed based on these methods was a dose-dependent level of toxicity associated with common dishwashing products.

“When individual components of the rinse aid were investigated separately, alcohol ethoxylates elicited a strong toxic and barrier-damaging effect.”

As far as rinse aids are concerned, these products were found to upregulate cell death, signaling and communication, development, metabolism, proliferation, and the immune and inflammatory responses of epithelial cells.

Rinse aid residues were found to stick to dishwashing detergent residues, causing “a significant amount of cytotoxic and epithelial barrier-damaging rinse aid” to remain on supposedly “washed and ready-to-use dishware.”

“A typical cycle in a commercial dishwasher involves circulating hot water and detergent for around 60 seconds at high pressure,” explains News-Medical.net. “Afterwards, there is a second 60-second washing and drying cycle in which water and a rinse agent are applied.”

“When the dishes are used the next time, this dried chemical residue can easily end up in the gastrointestinal tract.”

The types of health conditions that can result from this everyday chemical exposure include everything from food allergies and gastritis to diabetes, obesity, cirrhosis of the liver, rheumatoid arthritis, multiple sclerosis, autism spectrum disorders, chronic depression, and Alzheimer’s disease.

“We assume that defective epithelial barriers play a role in triggering the onset of two billion chronic illnesses,” says Cezmi Akdis, one of the study’s authors.

In a nutshell, rinse agents were found to kill intestinal epithelial cells – even at low doses, which make these damaging chemicals even more permeable than normal. They also activate numerous genes and cell signaling proteins that are associated with inflammatory responses.

Rinse aid in concentrations used by professional dishwashers was found to alter the expression of genes involved in cell survival, epithelial barrier integrity, cytokine signaling, and metabolism. The alcohol ethoxylate components, meanwhile, were found to be the primary cause of epithelial inflammation and gut barrier damage.

“The effect that we found could mark the beginning of the destruction of the gut’s epithelial layer and trigger the onset of many chronic diseases,” Akdis says. “It is important to inform the public about this risk, since alcohol ethoxylates seem to be commonly used in commercial dishwashers.”

The latest news about toxic chemicals hiding in your house can be found at Chemicals.news.