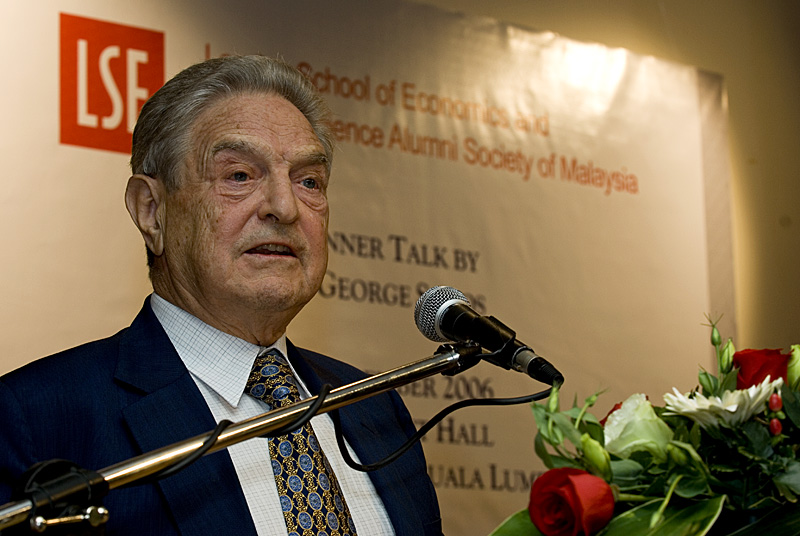 The George Soros-tied initiative aims to step up the globalist crusade against “misinformation” online. The Poynter Institute’s network of 135 “fact-checking” organizations are all involved, hailing from 65 countries and covering 80 languages.

“The Global Fact Check Fund will help fact-checkers to scale existing operations or launch new ones that elevate information, uplift credible sources and reduce the harm of mis- and disinformation around the globe,” the group says.

The plan is to have each member organization “incorporate new technologies, create or expand digital footprints, optimize verification tools, and increase their capacities to deepen audience engagement through innovative storytelling formats such as audio, video, or podcasts” with the provided money.

According to IFCN executive director Baybars Örsek, “the world needs fact-checking more than ever before.” (Related: Remember when a “queer” operative working for Soros pushed for a complete overthrow of the United States following the George Floyd false flag psy-op?)

If science is constantly changing, then how does one even define “misinformation?”

Assuming this really is an honest pursuit of truth (hint: it is not), how does the IFCN and its member organizations plan to sift through constantly changing information in order to identify misinformation?

Take Covid-19 “vaccines,” for instance. From the beginning, we were told that they do not stop the spread of disease nor do they prevent infection. At best, all they do is lessen symptoms – and even that claim seems to be untrue.

Social media platforms like Facebook and Twitter refused to acknowledge the limited ability of Fauci Flu shots to do much of anything. And the science behind them, even from official sources, changed several times throughout the scamdemic.

One day, something is considered “misinformation.” The next, it is scientific consensus. So how does the IFCN plan to address this?

Truth be told, the IFCN has no interest in truth. What it has an interest in is pushing a left-wing agenda, which as it pertains to the Chinese Virus means unquestionably supporting all interventions pushed by Democrats, i.e., face masks, social distancing, and the injections.

“The Soros-linked Poynter Institute and its spawn PolitiFact notoriously favor leftists and hates conservatives, casting dissenting opinions, and even inconvenient facts, into suppressed or censored purgatory,” is how one report puts it.

“The ‘fact-checker’ defended Andrew Cuomo during the ‘ventilator fiasco,’ claimed that there was absolutely no evidence to question if Joe Biden was a pedophile, created a list of ‘reliable news sources’ that favored leftist outlets and avoided correcting Democrats about border patrol agents whipping illegal immigrants crossing the border.”

Other left-wing propaganda promoted as “truth” by the likes of the IFCN is the January 6 “insurrection” narrative; the idea that the 2020 election results are legitimate; and the claim that guns, as opposed to criminals, kill people.

And now Google and YouTube are teaming up against the truth as well by linking themselves to Soros and his anti-truth agenda.

“This is the 21st century, the first true Information Age,” one commenter wrote. “Every bill and act proposed by any legislative body, and every order signed by an executive, has to be legally posted somewhere. These documents can be seen by any American with internet access.”

“Most of the science papers are likewise available, so if a news article says something that conflicts with the official papers, the news article is wrong,” this person added about how the news can already be fact checked without the need for Soros.

The latest news about Big Tech and anti-free speech tyranny can be found at Censorship.news.