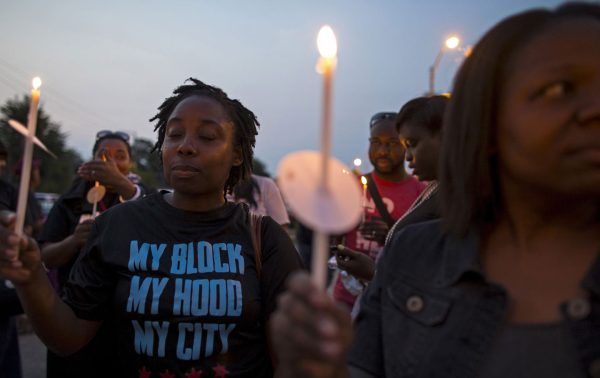 U.S. gun death rates have surged at a record pace during the COVID-19 pandemic and are rising the fastest among Black men, according to a sweeping new study published Tuesday.

These surges are “completely unprecedented,” even in comparison to the shootings that ravaged cities in the early 1990s, said Dr. Eric Fleegler, the study’s senior author and a professor at Harvard Medical School.

“There has been significant economic insecurity and instability with a lingering mental health crisis that has dramatically worsened over the past two years,” said Dr. Fleegler, an emergency room pediatrician at Boston Children’s Hospital. “Almost half our beds in the emergency room where I work are filled with suicidal children who need intensive care.”

Understanding these statistics “may inform interventions to decrease firearm fatalities” by giving a clearer picture of who is dying, where they are dying and why, the study reported.

The study found that shooting death rates have risen fastest during the pandemic for Black men aged 20 to 24, who already topped annual firearm homicide statistics.

Firearm suicide rates among elderly Black men during the pandemic have also surged at more than double the rate of elderly White men, who traditionally lead that category of gun deaths.

“Gun violence can impact anyone and anywhere — but these key findings bring attention to the intersectionality within communities that we know are disproportionately impacted by gun violence,” Sarah Burd-Sharps, senior director of research at Everytown For Gun Safety, said in a statement emailed to The Washington Times. “It is critical that our research leads to evidence-based life-saving solutions, from passing and using Red Flag laws to investing in community violence intervention programs.”

But soft-on-crime policies in diverse urban areas could also explain widening racial gaps in the study, the National Rifle Association, a Second Amendment advocacy group, said in a statement.

“Crime rates are soaring. We see that not only in news headlines, but also in neighborhoods where high crime and a lack of prosecutions has residents living in fear,” said Amy Hunter, an NRA spokeswoman. “Furthermore, law enforcement is hamstrung by policies that favor criminals. Anyone serious about combatting violence would advocate for prosecution of criminals. Adding another Biden or Bloomberg gun control law will not decrease the violence referenced in this study.”

By comparison, the shooting death rate rose by only 14% for White men in that age range from 4.3 to 4.9 over the same period.

However, the study of data from the Centers for Disease Control and Prevention did not distinguish between lawful self-defense and unlawful shooting deaths, the National Shooting Sports Foundation noted in a critical statement.

“These figures are revealing for what the study doesn’t speak about — that is, the sharp rise of deaths associated with the criminal misuse of firearms,” said Mark Oliva, a spokesman for the gun industry trade group.

According to a recent Newsy analysis of the latest FBI crime data, 78% of 500 law enforcement agencies representing most U.S. cities reported an increase in felony gun assaults from 2019 to 2021.

Gun crimes during the pandemic have increasingly revolved around a growing stream of illegal synthetic drugs flowing into the U.S., according to the National Sheriffs’ Association.“We have exorbitant amounts of illicit drugs and cash entering our country illegally, a failure of leaders to permanently list fentanyl and other synthetic drugs as DEA Category I, and increasingly prosecutors who defer prosecutions with little-to-no consequences when a criminal is released and repeats an offense,” said Jonathan F. Thompson, the association’s executive director. “No complete study of violence can be undertaken without a truly holistic review.”

By comparison, the shooting death rate rose by only 14% for White men in that age range from 4.3 to 4.9 over the same period.

There is virtually no white gun crime in America. If you take away suicides by firearm, what would the shooting death rate for whites be in America?

Yes, our nation does have a gun crime problem, and it’s almost exclusively due to individual black males collectively committing all of the gun crime (white guys shoot themselves; black people shoot each other).

All social policy on the 2nd Amendment and gun rights should derive from these demonstrable facts.