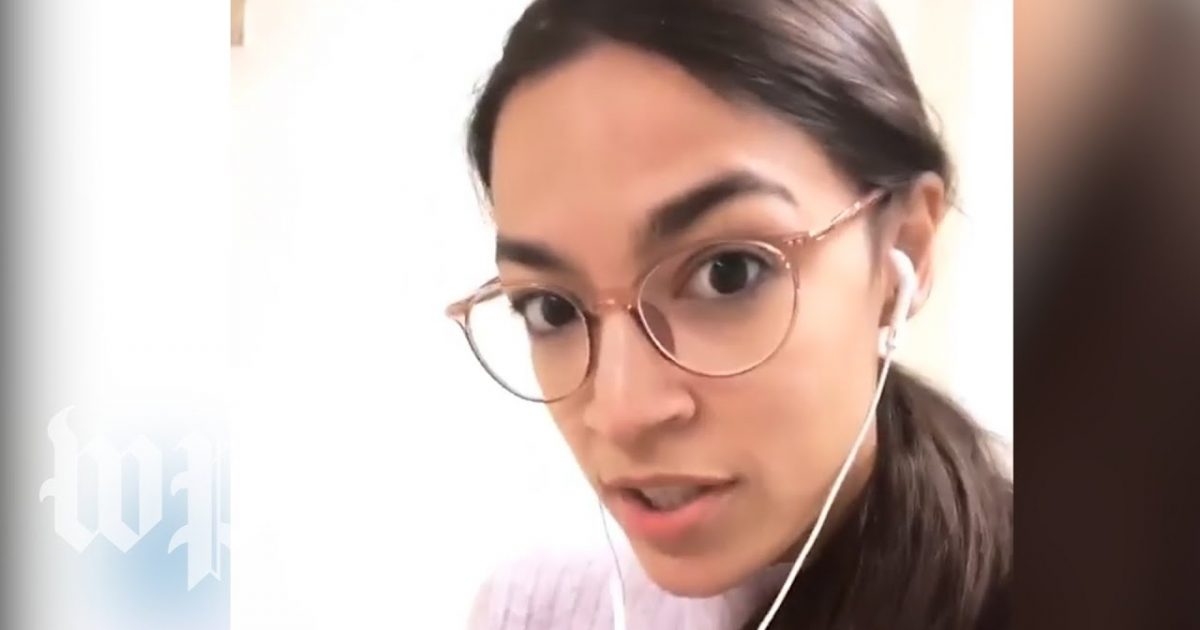 At first, we thought this was a joke posted by someone on Twitter.  But apparently it’s not.  On Tuesday, the New York Post reported that Alexandria Ocasio-Cortez, the newly-elected Democrat Socialist who wants to completely destroy the U.S. economy with a “Green New Deal,” discovered a garbage disposal in her Washington, D.C., apartment and made a huge deal out of it on Instagram.

“OK everyone I need your help because I just moved into this apartment a few months ago and I just flipped a switch and it made that noise and it scared the daylights out of me,” she said in a video posted online.

According to the Post, she also wondered if the device is “environmentally sound.”

Seriously, how is @AOC qualified to be in Congress she can’t figure out what a garbage disposal is? @realDailyWire @benshapiro @michaeljknowles pic.twitter.com/8ImIhUeUr6

I like how we’re supposed to follow her lead in reshaping the entire global economy while simultaneously ignoring that she’s never really been outside of NYC and only recently learned of the garbage disposal and the fact that plants grow in dirt. https://t.co/npen5BpIXH

Twitchy makes a point that AOC may have good reason to not be familiar with a garbage disposal, but it says a lot that members of a Party that wants to dictate every aspect of our lives while shredding the Constitution and the economy have “never really been outside of NYC.”